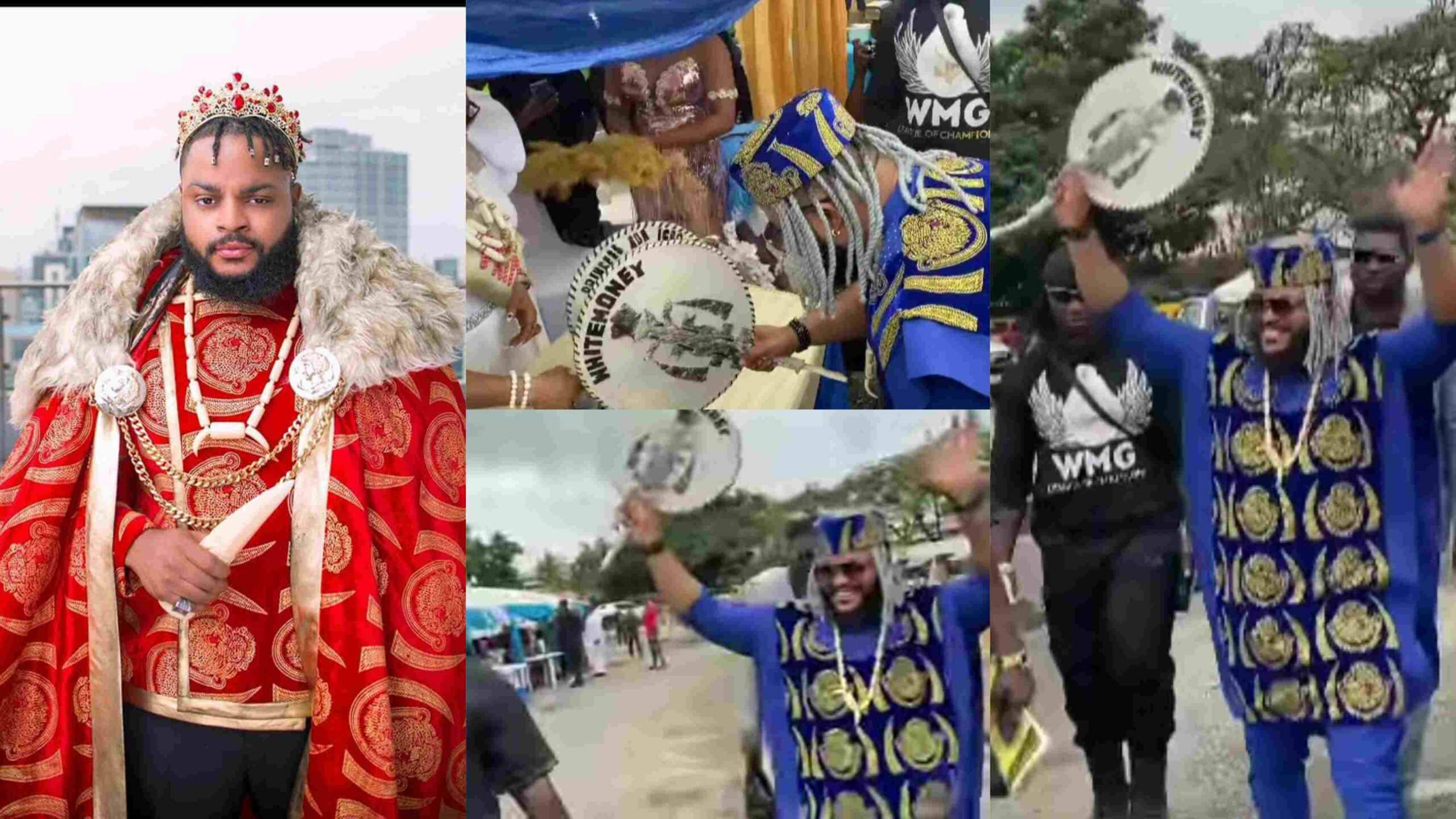 The reality star was conferred with the ‘Ugwu Igbo’ title by a community of Igbo speakers in Lagos State.

Whitemoney explains that the meaning of the title he was recently given is ‘the pride of Igbos’. 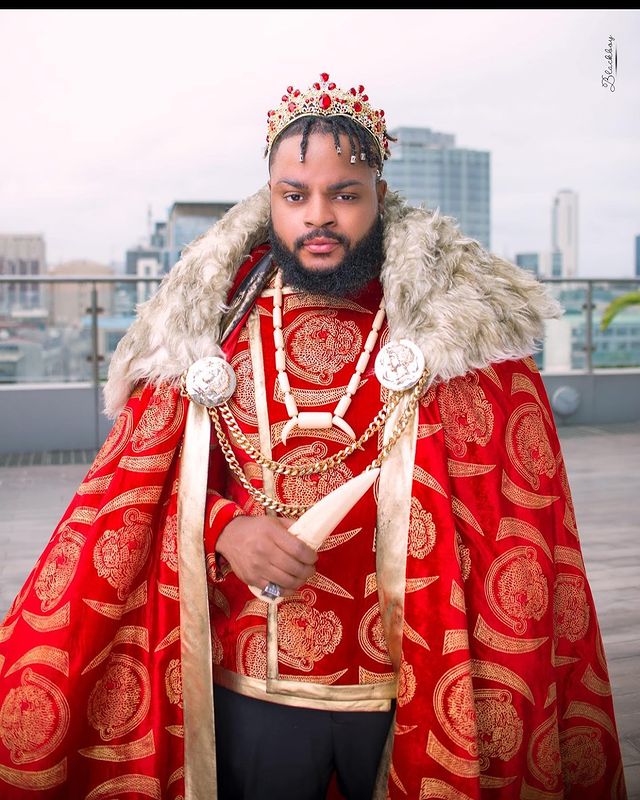 He took to social media to share a video showing the grand party which had been thrown in honour of his new title.

The socialite also shared a certificate which authenticates the title which he was conferred. 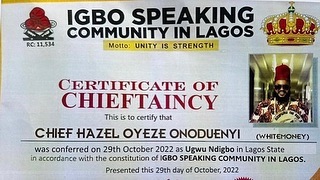 “First of all, “Our People say when a child washes his hands well, he may sit with the Elders 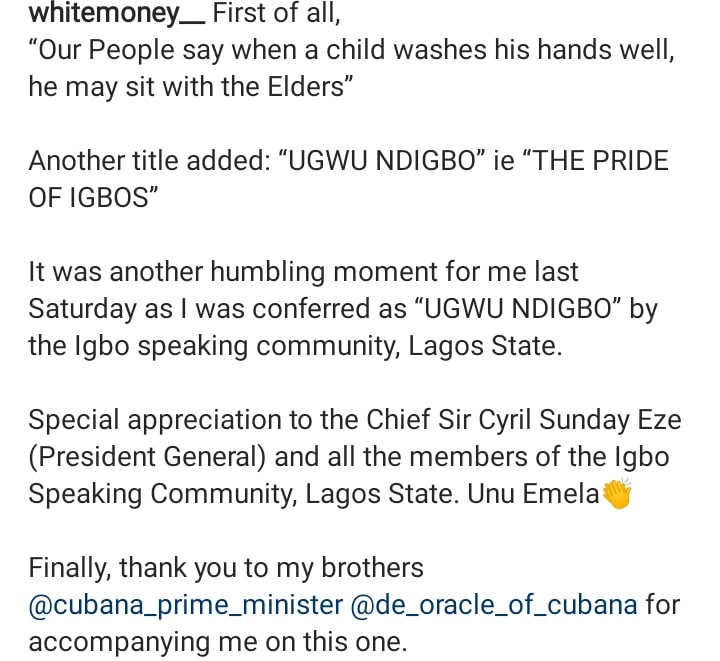 “Women are not scarce; any lady demanding money from you isn’t good” – Reno Omokri counsels men

Bro Shaggi reacts as Wizkid unfollows him, Tems, and others

Luchy Donalds Moves Her Father To Tears On His Birthday