It is said that nothing is certain except death and taxes – but is it also inevitable that Manchester United will lose against Liverpool this weekend?

“It’s the only result I am absolutely certain of, out of all 10 Premier League games,” said BBC Sport’s predictions expert Chris Sutton.

“It’s just a question of how many United are beaten by. It could get very messy for them.”

Sutton is picking scores for every top-flight game this season against a variety of guests.

For this weekend’s fixtures, he is up against Gareth Kelly, aka GK, from Bradford rap trio Bad Boy Chiller Crew.

Sutton has been beaten by both his guests so far, and Bradford City fan GK is confident he can make it three defeats out of three.

“I know Chris always has a lot to say but he’s up against the Bad Boys now,” GK told BBC Sport. “This is only going to end one way.”

“Is that him being a wordsmith?” he replied. “He might be good at rapping but the truth is he shouldn’t be coming into this game, against an experienced Premier League winner like myself.”

BBCC started out as a group of mates uploading prank videos, but now their mission is to make people smile with their music instead, with lyrics inspired by life in their home city.

Their 2020 breakout single, 450, has had 20m views on YouTube and was supported by the likes of Annie Mac on BBC Radio 1 as their fame went national, then global. Their local links remain strong, though, including with Bradford City.

GK’s grandad is a Manchester United fan and his dad supports Celtic so he has football in his blood – “in our house we followed the Premier League, Scottish Premier League – and Bradford’s league,” he laughs – but he dreamed of fame in other sports before music came calling.

“I actually wanted to be a wrestler,” he explained. “But I started eating Big Macs when I was about three.

“As I grew up, I played more rugby league because I am a big lad, but I still used to watch a lot of football, and I went to Bradford quite a lot. The atmosphere’s always brilliant – even if you’re not enjoying the game, you still have a good crack.

“I really want to see them do well – because I’m from Bradford, I like to rep Bradford all the time.

“Everything we’ve done with BBCC is to celebrate our city, and as part of that we’ve got involved with the club as much as we can – it doesn’t seem to stop them losing though!”

As well as making predictions for this weekend’s Premier League games, GK is backing the Bantams to beat Hartlepool in League Two on Saturday. “I’m going 1-0 to Bradford, or a least that’s what I want to happen!” he said.

A correct result (picking a win, draw or defeat) is worth 10 points. The exact score earns 40 points.

Games kick off at 15:00 BST unless otherwise stated 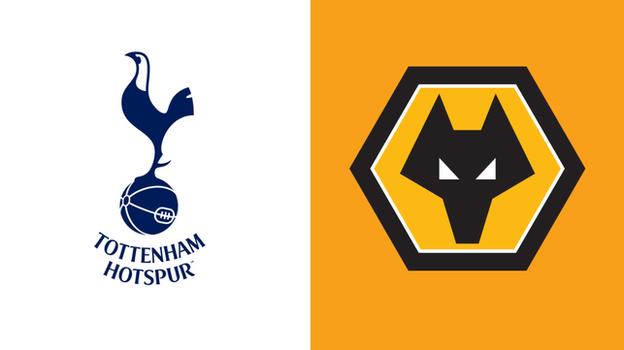 I was a bit disappointed with Tottenham’s performance against Chelsea last weekend.

Spurs showed good character to come back and get a draw, but that result was more to do with poor refereeing decisions and luck as far as I could see.

Wolves have signed Portugal forward Goncalo Guedes from Valencia to try to increase their goal threat, but he couldn’t make much difference when he came on against Fulham last week.

Tottenham clearly don’t have that problem. It will be interesting to see if Antonio Conte starts with Richarlison this time, but either way they will have too much firepower for Wolves to handle. 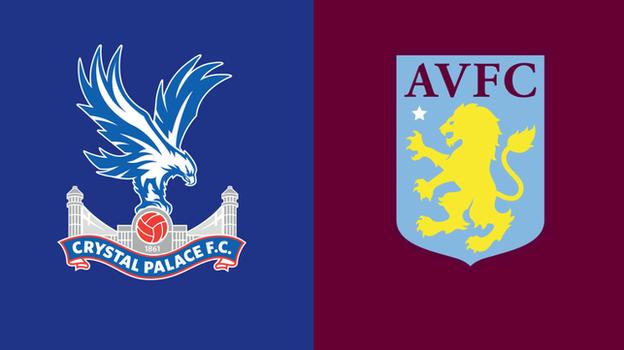 Crystal Palace put in a very good performance against Liverpool on Monday, but when the Reds went down to 10 men you just wondered whether the Eagles could have taken the game to them with their numerical advantage.

Palace will still gain a lot of confidence from that result, though, and they will be looking to get their first win of the season here.

Villa will fancy their chances too, and they were much improved against Everton after losing to Bournemouth on the opening day.

It was a blow for Steven Gerrard to lose defender Diego Carlos to a long-term Achilles injury, and he has to decide whether to pick Emiliano Buendia in midfield over Philippe Coutinho, who did not do much in the first two games.

This is a hard one to call either way, so I am going to go for a draw. 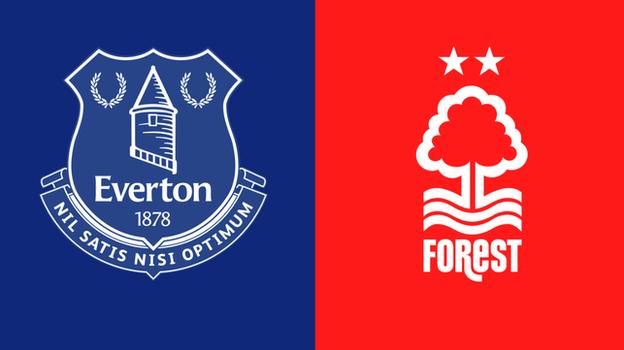 I get how important Nottingham Forest’s win over West Ham was, given the number of new signings they have made, but I actually felt the Hammers should have got something from the game.

Everton badly need a similar result to kick-start their season, but I don’t think they are playing that badly.

The Toffees are still missing a proper centre-forward, but they looked much better against Villa when new signing Amadou Onana came on.

I fancy them here, especially because they are at home. 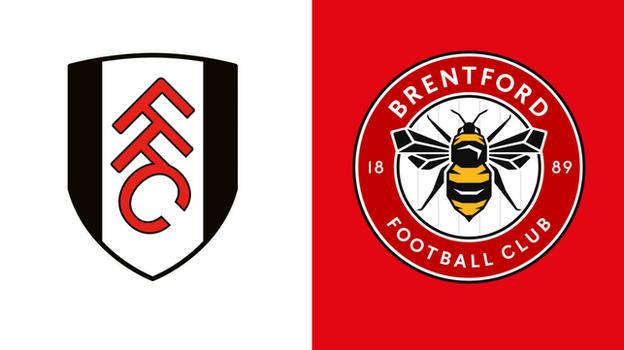 I really like what Brentford are doing, and I almost made the prediction of the century when I said they would beat United 3-0 last week. I was so unlucky that they actually scored four.

Fulham will have a real go at them, like they did against Liverpool in their last home game, so this is a much bigger test than United offered and it should be a good game.

It will be close, too. The Cottagers have drawn both their games so far, and I can see the points being shared again. 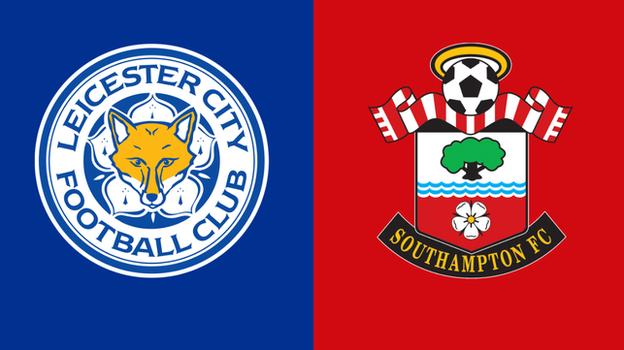 Southampton manager Ralph Hasenhuttl seems to be under a bit of pressure, which seems unfair so early in the season, so it was important for him that they came back from 2-0 down to draw with Leeds last time out.

Hasenhuttl had been tinkering with playing three at the back during pre-season, but he went back to a four against Leeds, and I wouldn’t be surprised to see him stick with that here.

Leicester also have problems at the back, not helped by having the uncertainty over Wesley Fofana’s future hanging over them, but the Foxes still have plenty of quality going forward.

There will be goals in this one, and I’m going with Brendan Rodgers to get his first win of the season. 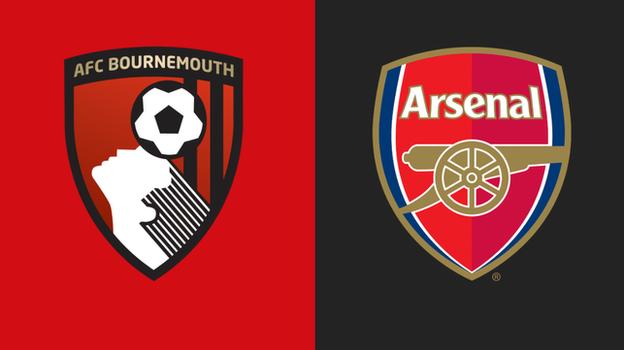 Arsenal have made a great start to the season, and Gabriel Jesus has made the difference.

There was a lot of hype about his arrival, and he is backing it up – he is not in my Fantasy team, though, so I hope he doesn’t score again this time.

If you look at the scoreline, Bournemouth got walloped by Manchester City in their last game, but they actually didn’t do that much wrong.

They are at home this time and might think this is a game where they can go for it a little bit more. I don’t think it will work, but the Cherries will not roll over even if they go behind. 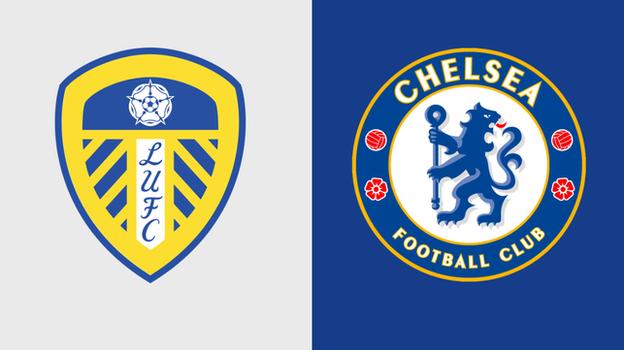 Leeds boss Jesse Marsch will have been deeply disappointed to see his side pegged back by Southampton after going two goals up, and I think he might have to deal with another setback here.

There are still a few question marks over what is going on with Chelsea up front, and they keep getting linked with new players too, but they were excellent against Spurs last week.

If they play like that at Elland Road, they will win. 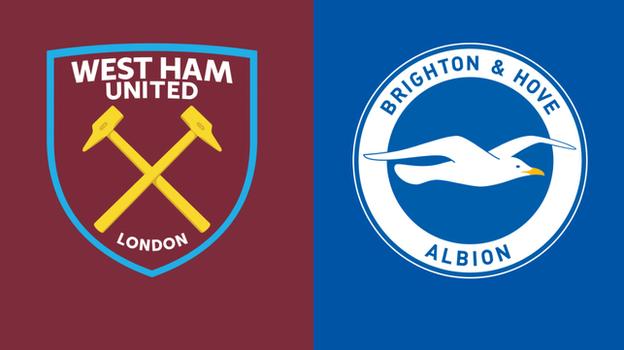 West Ham have lost their first two matches but they had a difficult pre-season with injuries, and I certainly don’t think there is any reason to panic.

The Hammers will turn the corner soon, but they haven’t beaten Brighton in 10 attempts since the Seagulls returned to the Premier League in 2017, and I don’t see that run ending here.

Graham Potter’s team are superbly organised and I’d back them to get something from this game too. 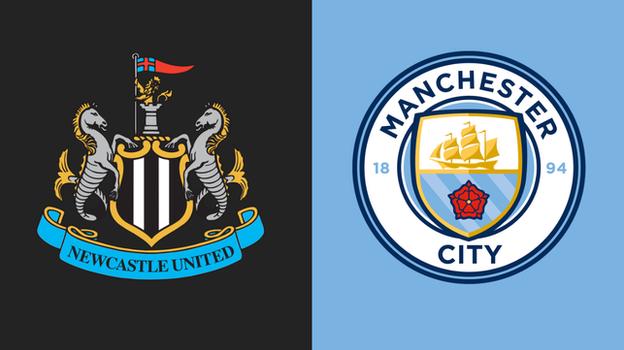 There will be a great atmosphere at St James’ Park and Newcastle might create one or two chances for Callum Wilson.

I can only see a Manchester City win here, though. They have not really put a foot wrong so far.

Lots has been made of how few touches Erling Haaland had against Bournemouth, but he still made one of them count with his pass to Ilkay Gundogan for the opening goal.

If the opposition are going to focus on stopping Haaland, then it is going to leave space for their other attacking players, and we already know how dangerous they are. 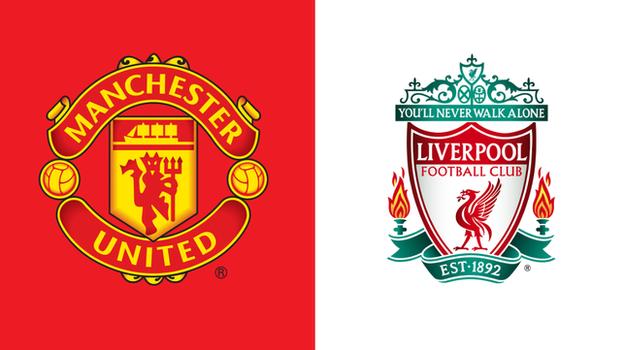 If Manchester United win this game, they leapfrog Liverpool in the table, but that is not going to happen.

United aren’t able to press teams with the players they have got, and I don’t really know what Erik ten Hag can change with what he has got in his squad.

Liverpool have started slowly too, and Darwin Nunez’s suspension won’t help on top of their injuries. That leaves them a bit short up front, although Mohamed Salah and Luis Diaz looked lively against Palace.

Whatever happens, you just know Jurgen Klopp’s side will outwork United at the very least.

Maybe United’s players will run around a little bit more this week than they did against Brentford, but they need to find some heart. Unless something happens this week that triggers a change in attitude in the squad, I don’t see it happening.

The home crowd will be willing them to take the game to Liverpool, and if they do that then they are in big trouble because that’s when Klopp’s side are at their best.

They won 5-0 at Old Trafford last season and it is going to be a similar story this time, although I am going to give United a goal just to lift their spirits a little.

How did Sutton do last week?

Sutton got five correct results from 10 matches, with no exact scores, giving him a total of 50 points.

He was beaten by Kasabian frontman Serge Pizzorno, who got four correct results but with one exact score, giving him a total of 70 points.

How did you get on?

Manchester United’s awful performance and 4-0 defeat last weekend was the latest setback for Erik ten Hag’s side, but was Brentford beating them really that much of a surprise?

“I’m actually disappointed with my prediction,” Sutton said. “I should have been braver.”

Elsewhere, Liverpool’s slow start to the season continued to fox pretty much everyone. After 87% of you went for a Reds win at Fulham on week one, 85% of you thought Liverpool would beat the Eagles – and were wrong again. Only 9% of you thought Crystal Palace would get a draw at Anfield.

In contrast, Chris, Serge and 94% of you predicted a Manchester City win over Bournemouth. City won 4-0, making that the most popular prediction to actually happen.

*Win, draw, loss prediction based on highest % of vote for each match.

How to make movies without a huge carbon footprint