Michael Vitellaro, 49, who has worked for the Chicago Police Department since 2000, got information his son’s bike was stolen from the local library and then seen at a nearby Starbucks, according to a criminal complaint filed August 18 in Cook County that led to the charges.

The off-duty officer drove his son to the Starbucks where he saw his son’s bike on the sidewalk, leaning up against a pillar. He “waited in his car to hopefully observe who had stolen the bicycle,” according to the criminal complaint.

The 14-year-old, identified in the criminal complaint as J.N., was seated on his own bicycle until he dismounted and went to move the Vitellaro’s son’s bike.

“As J.N. touched the bicycle, defendant, who had exited his car shortly before, walked up to J.N., grabbed J.N.’s forearm and pushed J.N. to the ground,” said the complaint.

According to the complaint, Vitellaro forced the boy to the ground and detained him by placing his knee on J.N.’s back.

Video surveillance footage from the Starbucks and other businesses in the area reflects that J.N. was not the person who took the bicycle, the complaint said.

“Instead, the bicycle was already at that location prior to J.N. arriving while riding his own bike,” the document said.

CNN obtained video footage of the incident from attorneys representing the boy’s family. One of his friends captured the video, which also shows a group of boys attempting to get the off-duty sergeant off the 14-year-old.

The boy was crying and visibly upset as he walked away from Vitellaro, who followed him, according to the complaint and video.

CNN has reached out to the Chicago Police Department as well as the attorney representing Vitellaro for comment. 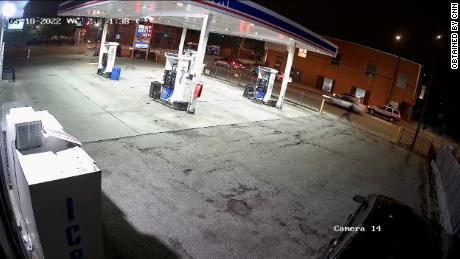 At the news conference Thursday afternoon, J.N.’s family attorney Antonio Romanucci said, “[Vitellaro] used his police powers, his police training, to make an arrest, to make a seizure of our client without any cause whatsoever.”

“There’s absolutely no room in our community for this,” the boy’s mother said today during the news conference. “This is a situation where [J.N.] faced something egregious. He was the only brown boy there and that is part of how we’re processing things as a family.”

A special condition of Vitellaro’s bail is that he not contact J.N. or his family, according to the complaint.

Vitellaro is due back in court on September 8.

Nigeria: 50 killed, many displaced due to flooding in Jigawa

He did what?! LaLiga’s opening weekend delighted with goals, debuts and surprises

Tyre Nichols arrest video to be released by city of Memphis

Is Prince Andrew planning to revisit his US sex abuse case?

AD-1: Why NASA tested a plane with a pivoting wing

He did what?! LaLiga's opening weekend delighted with goals, debuts and surprises