A Nigerian man was overwhelmed with sadness after sighting a man sneaking out of his girlfriend’s apartment.

A Twitter user identifed as @colourz_0 shared chats of the heartbroken man who narrated his ordeal after witnessing the ugly incident.

He had visited his girlfriend unannounced and knocked on her door but didn’t get any response.

He decided to go through the back door where she saw another man sneaking out of the apartment.

“Guy I am in tears. I’m pained. I went to my babe’s place this morning. Make I just go do surprise visit. When I knocked the door I wasn’t getting any response. I thought she was still asleep. So I decided to knock through the back door.

“Omoo I saw this guy sneaking out through the back door. I was heartbroken instantly. Tears rolled down my eyes. I almost had an accident while I was driving back home“, he narrated.

See the screenshot of the chat below: 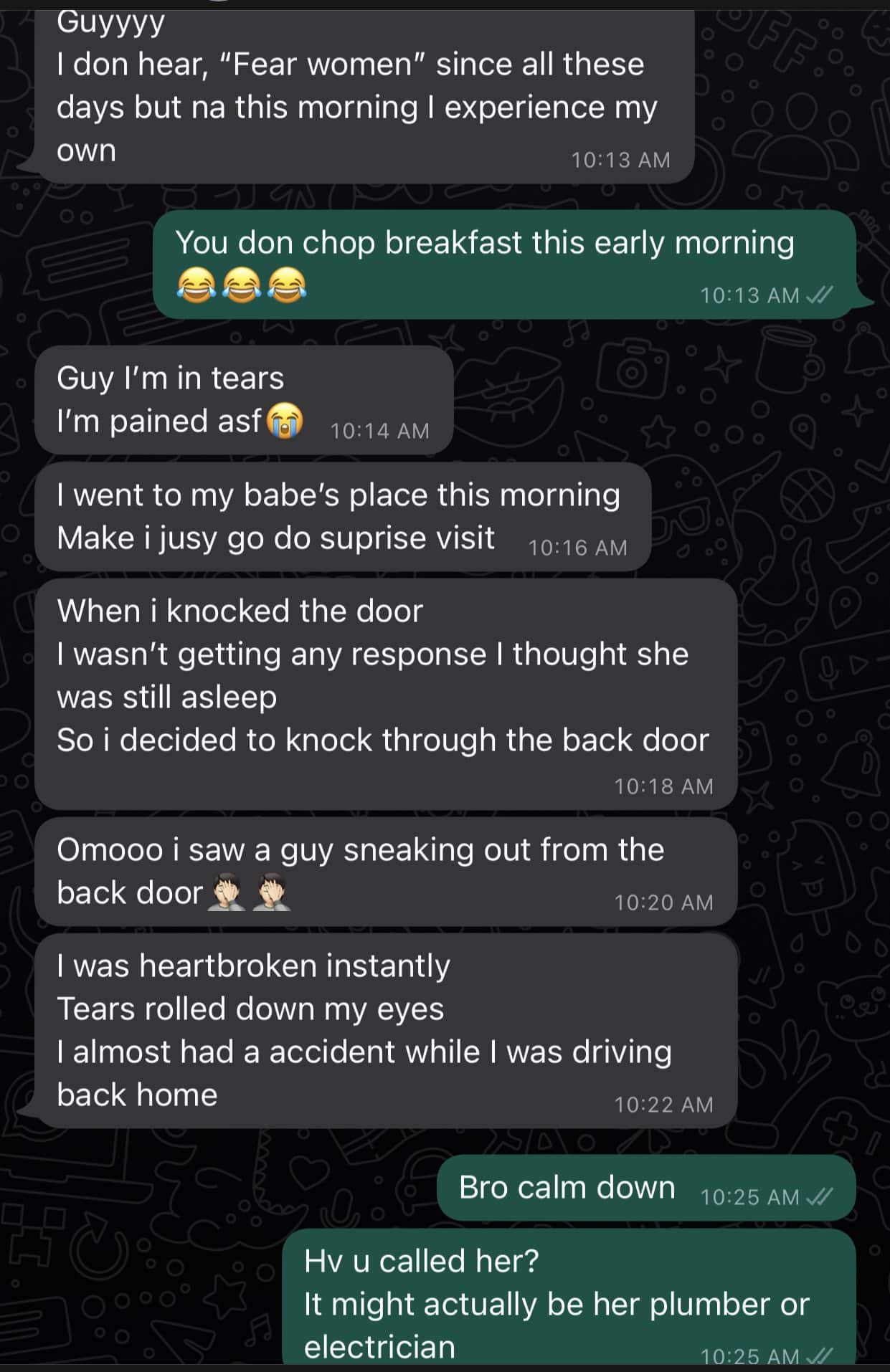 Why did Terquavion Smith return to a struggling NC State?