“In our view, there is neither a legally and validly declared winner nor a president-elect,” the former Kenyan prime minister said of the results announced by the electoral commission chairman on Monday,

The Independent Electoral and Boundaries Commission declared deputy president William Ruto winner of the presidential election with 50.49% of the vote and Odinga second with 48.85%. 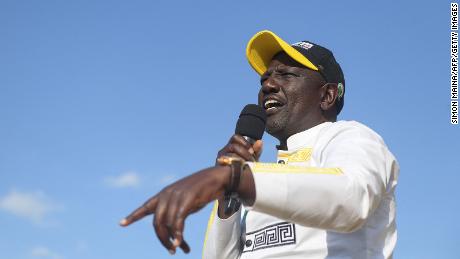 Odinga took the stage moments after four dissenting election commissioners held a press conference at a different location to accuse the chairman of misconduct.

The aggregation of the vote percentages each candidate received was of “mathematical absurdity,” said the Independent Electoral and Boundaries Commission vice chair Juliana Cherera, highlighting that the number of votes totaled 100.1%, a discrepancy of 0.01%.

Odinga considered the figures presented by the chairman, Wafula Chebukati, as null and void, saying he would “pursue all constitutional and legal options available to us.”

It is Odinga’s fifth attempt at the presidency and he has said he will be contesting for the last time.

He is part of Kenya’s political dynasty; his father Jaramogi Oginga Odinga was the first vice president of independent Kenya and he is fondly known as “Baba” by Kenyans.