The American drained three eagles en route to carding an 11-under 61, a new course record for La Reserva Club.

Three birdies either side of the turn helped consolidate a landmark day for the 29-year-old, who carries a five-stroke lead into the second round of the individual event.

“It was an awesome round,” Korda told reporters. “We had a great vibe in the group and so obviously, I was really relaxed.

“I have never made three eagles in a round, so I’m definitely going to remember this one!” 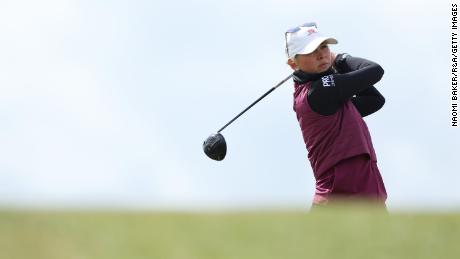 A bogey at the eighth hole marked the sole blemish on the world No. 14’s scorecard, denting her chances of shooting the first ever sub-60 score on the Tour.

“I still made a bogey and hit it into the hazard, so I wouldn’t say every aspect was working,” Korda said.

“For the last month and change, I think I haven’t really been converting any putts and the floodgates opened today and hopefully they can continue tomorrow and that’s the beauty of golf.” 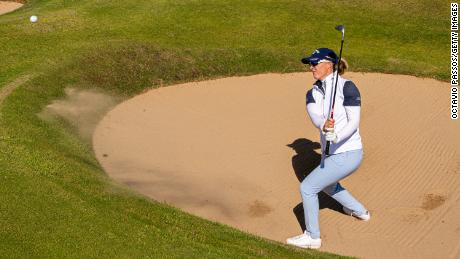 Korda’s sister Nelly sits a further stroke behind after shooting 67, with a double bogey at the par-five sixth hole cancelling out an eagle at the second. The world No. 3 shares fourth with France’s Pauline Roussin.

“I played pretty good,” Korda said. “It’s my first time in Spain and it’s blown me away, it’s super nice.”

The 54-hole individual event runs alongside a 36-team event, whereby a team of four — including one amateur — compete, with the best two score per hole counting. Each event offers a prize pot of $500,000.

In October 2021, Jessica Korda captained her group to victory in the team event at Glen Oaks Club, New York in the first Ladies European Tour event to be held in the US.

Now 10 months on in Sotogrande, she is well-placed to repeat the feat after her team — comprised of Finland’s Noora Komulainen, Czech’s Tereza Melecka, and amateur Malcolm Borwick — finished 19-under to lead by a stroke at the halfway stage.

“We had a good vibe in the team, we kept it really loose out there,” Korda said. 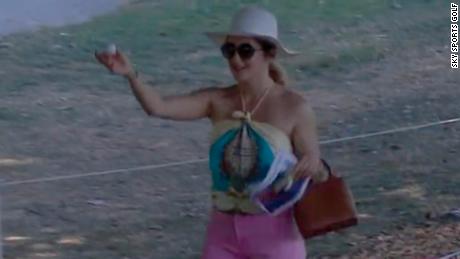 “I know the girls were a little bit nervous at the beginning, but I told them there was nothing to be nervous about and to go out there and have fun and play some golf.

“We’re in Spain and there is beautiful weather, we’re lucky to be here.”

Roussin and De Roey’s teams trail by a shot ahead of Friday’s deciding round.

‘I think this would be a good movie’: Why a Georgia realtor was invited to play The Masters

Jordan Spieth on the joy of trash-talking Tiger Woods

The 10 most bizarre golf courses in the world