Mom mystified and heartbroken after she reportedly discovered a half 10 naira note in her piggy bank after months of saving in it. 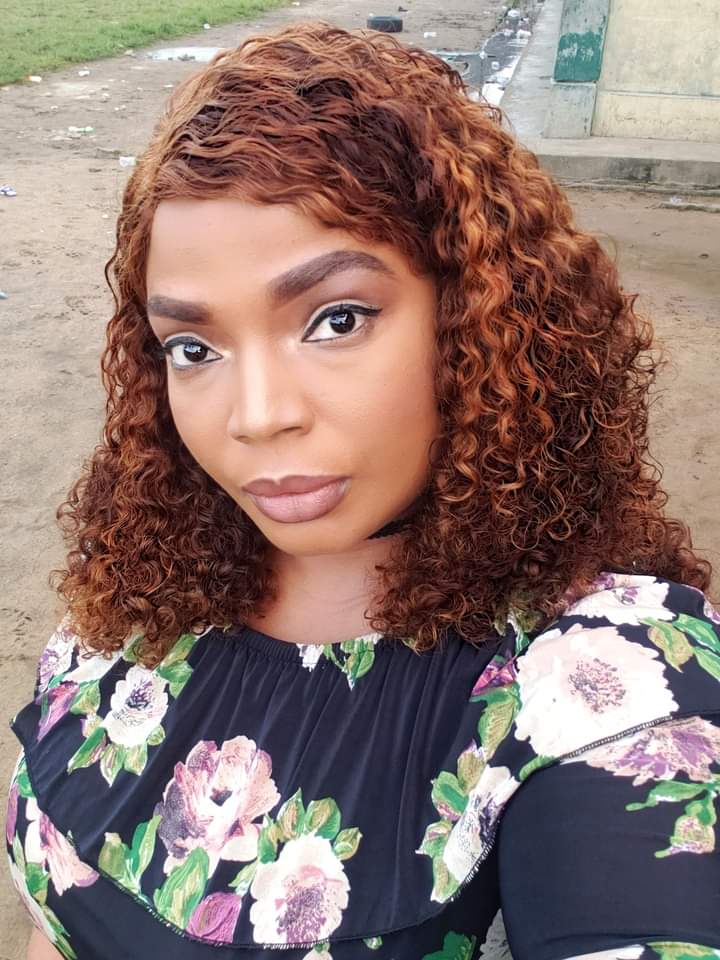 According to the lady identified as Adaobi Amanda who shared her perplexing tale on Facebook, she had bought a saving box on the social media platform to teach her son to save.

Because of the recent reports that the naira would be redesigned, she decided to break the box and get out the money she saved before they expire. 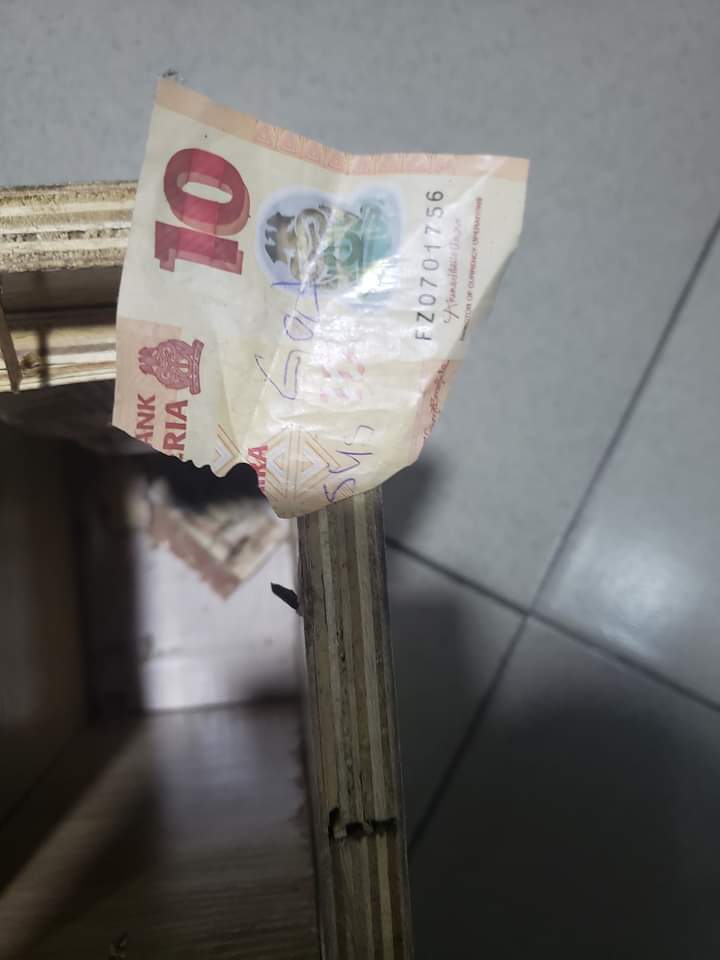 The lady revealed that to her shock, the box which was supposed to hold up to 18 to 20 thousand naira held only a half ten naira note.

Read her full narration below:

“So I’ve been hearing about this.. But I’ve never witnessed it nor believed it…

I bought a saving box from a vendor here on Facebook…

It was a gift for David to teach him to start saving.

Because of the recent talk about spending old notes before they expire, I decided to help David break it open and pay into the bank.

If this didn’t happen to me… I wouldn’t have believed it.

I know where I kept that box and it’s just David and I who are here… the way the box was made, you’d know if someone opened it.

The only reason why I haven’t tagged the vendor yet is I don’t want to seem like I’m accusing someone of diabolism.

NEVER AGAIN would | buy anything of this sort from anyone.

David is very upset and was so excited to see just how much he saved.

This is very disheartening.” 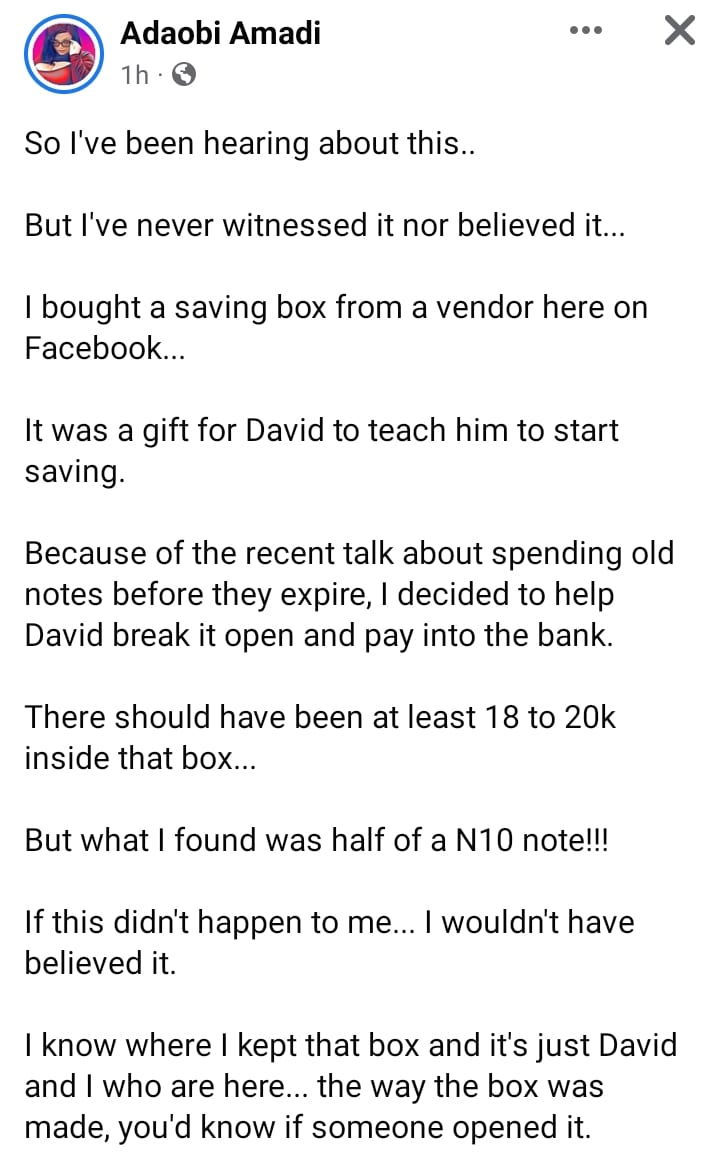 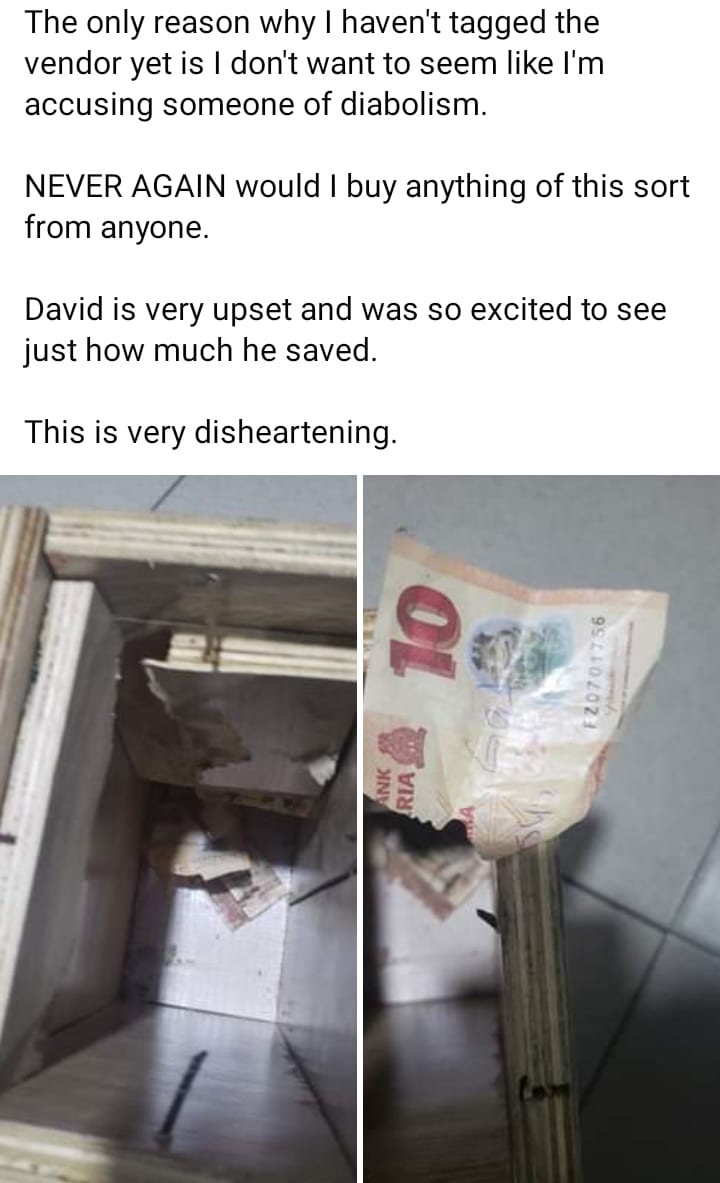 “Where is Chioma?” — Davido’s father inquires as they take family photos (Video)

“Davido will be on it” — Speculations as Wizkid announces new album

Davido steps out to support Uncle’s swearing-in as governor