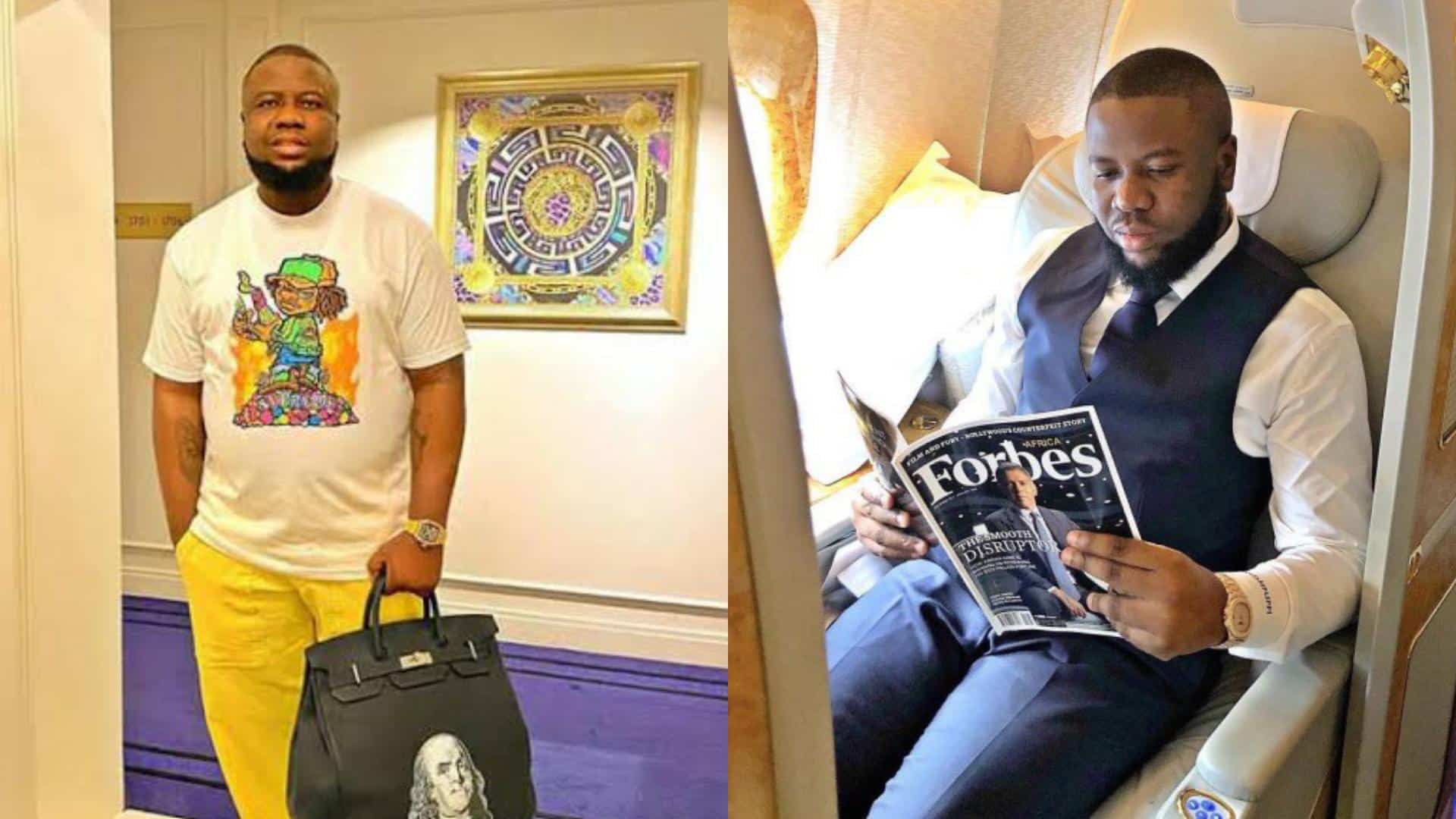 Although while his sentence hasn’t been confirmed by the United States District Court for the Central District of California which had slated the sentence for 3rd November, Kemi has however given an update. 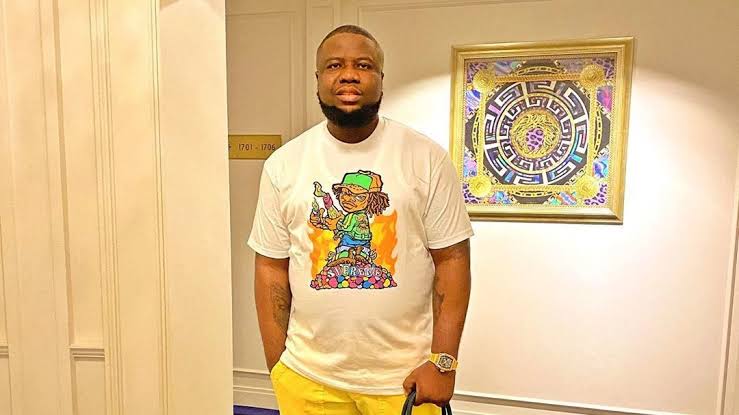 According to the controversial journalist, Hushpuppi was sentenced to 11 years imprisonment in a federal prison in United States.

”UPDATE Just like I predicted 10-15yrs, Hushpuppi is sentenced to 11 yrs in US federal prison. He will spend 9 yrs less the two years spent. Once released he will be deported to Nigeria or file asylum in 🇺🇸 as he claims DCP Kyari will harm him and his family.” 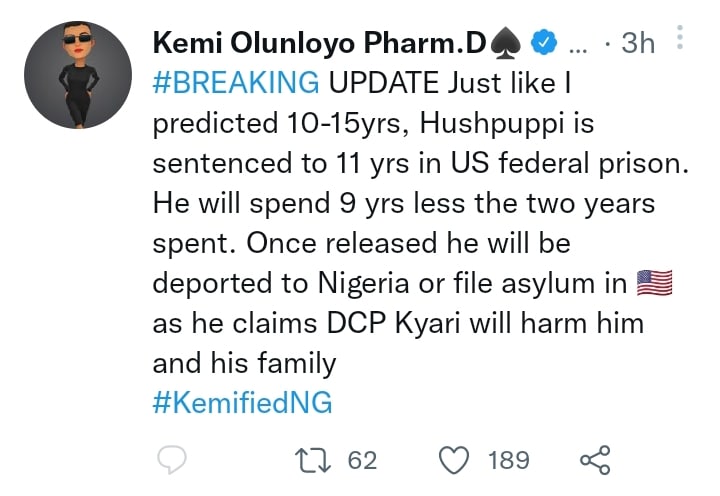 2023: PDP Has Moved On, APC Wants To Renew Hopelessness

“Women are not scarce; any lady demanding money from you isn’t good” – Reno Omokri counsels men

Bro Shaggi reacts as Wizkid unfollows him, Tems, and others