How To Improve Your Morning Routine, Per Your Personality Type

Those are the words actor and activist Nazanin Boniadi, who stars in The Lord of the Rings: The Rings of Power (debuting on Prime Video on September 2), uses to describe her mornings. Or rather, those are the words she once used to describe her a.m. routine: waking to a blaring alarm, jumping into a quick shower, stuffing her face with food, and running out the door.

“I knew something was missing,” Nazanin says of her formerly frenetic pace. “I wanted to do everything to the best of my ability and give everybody what they needed, but with that comes a high level of anxiety, because [I was] on the go all the time.”

Realizing she needed to slow down for her mental health, Nazanin set out to make over her mornings. A break from filming The Rings of Power gave her the chance, in April 2021, to attend a mindfulness program where each day began not with the incessant beeping of an alarm but with the rejuvenating thump of a gong. She wasn’t allowed to use her phone for six days (bye-bye, endless scrolling!), so instead, she dedicated mornings to yoga and plant-based eats. As Nazanin tells it, the experience was “transformative.”

“What I learned was just how important it is to spend the morning awakening our minds, bodies, and souls before we connect to the outside world,” she says. “If you don’t care for yourself, you won’t be of good use to anybody else.” Though the gong may have stayed behind in New Zealand, Nazanin did bring home souvenirs—she now tries to reserve 45 minutes in her morning for centering herself through meditation, yoga, or stretching.

“It was the best decision I made for myself,” she says. “I even do these online seasonal renewals because I want to reset that mindset of self care.”

Discovering a routine that truly worked was life-changing for Nazanin. And it can be for you too. It’s all about identifying what about the early hours fills you up—and what doesn’t. (And in case you’re wondering: No, this is not one of those articles insisting you wake up at 5 a.m. to make the most of your day—unless you want to!)

The experts Women’s Health spoke with agree that you can be a “morning person” whether you wake up at the crack of dawn or in time for brunch. What matters more than when you wake up is how you use those hours.

To help you #OwnYourMorning, we present four “morning styles,” along with ways you can level up each routine. Read on to find your type and embrace a fresh start. 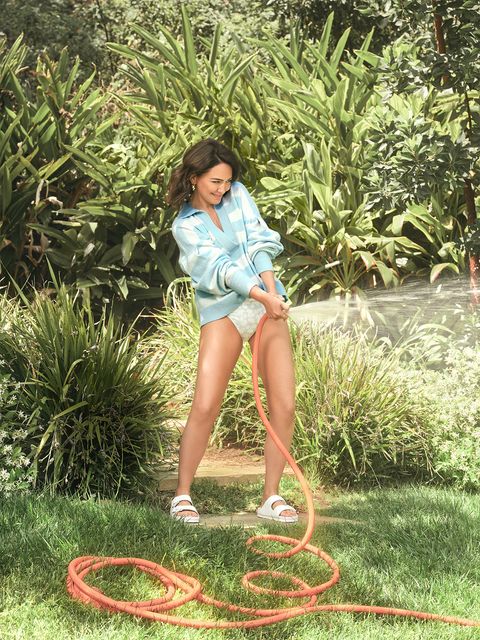 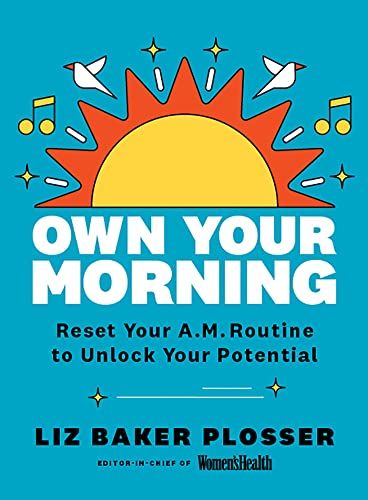 Score The *New* Paperback Version of Liz Plosser’s ‘Own Your Morning’ Book!

No two mornings are the same for you. On Monday, you slam that snooze button seven times; on Thursday, you forget to set the alarm at all. By Friday, you have to forgo brushing your daughter’s hair and eating your egg sammie just to make it to your 9 a.m. meeting on time. In short, you have no routine.

“​​These are folks who pull back the covers and immediately feel like they’re behind, then spend their whole day catching up,” says Chanel Dokun, a marriage and family therapist, life planner, and author of Life Starts Now: How to Create the Life You’ve Been Waiting For. Maybe you do catch up by day’s end, but at what cost to your mental and physical well-being?

There’s plenty of research supporting the benefits of a routine. (For instance, when employees’ morning routines were disrupted, they reported feeling less calm at work later, found one recent study.) If you’ve struggled to establish one, it’s important to pause and reflect on why, says Lisa Pepper-Satkin, a marriage and family therapist and executive coach. “You have to recognize where the disconnect is,” she says.

Maybe you’re struggling to wake up on time because you didn’t get enough sleep (hello, 5 p.m. double espresso!). Or perhaps mornings were harried at your house as a kid, and you’re still harboring some of that anxious energy around them. Pinpointing your “system’s weakest link,” as Pepper-Satkin calls it, can help clear the path to establishing rituals that serve you. When you are ready to redefine your routine, write down what your ideal morning would look like—and start small. If you’re not sure what that means for you, set aside a few minutes every day to jot down your thoughts in a journal in order to connect with yourself first. “You get to decide who you are, and how you want to exist in the world for the day,” says Dokun.

If someone were to look up the phrase “rise and grind” in the dictionary, right next to the definition they’d probably see an image of you clutching a cold brew while jumping on your bike. Your mornings, which very likely start at 5 a.m.—or earlier—are composed of action item after checklist after to-do, and you mark off each one before most people poke a toe from under the covers. “These are people who wake up and want to start producing results right away,” says Dokun.

Let’s be honest: Living a whole life before 9 a.m. is impressive—but it’s also a likely path to burnout, says Pepper-Satkin. “I work with a lot of type-A people, and they have gotten very far,” she says. “And finally, the day comes when that level of drive no longer serves them.” What’s actually motivating this drive is important to consider, says Dokun, because it’s not always internally fueled.

“That woman is often driven to perform for someone else,” she says, whether it’s to post on social media or to keep up an image. Dokun recommends asking this clarifying question: “Am I doing this because I believe it will gain me approval, applause, or affirmation? Or because it reflects my authentic self and core desires?” Keep the things that support your dreams (your 10-K training run) and nix the things that maybe don’t (’gramming your protein smoothie).

Perhaps, like Nazanin, you’ve done the work to carve out 10, 20, 30, maybe even 40 minutes for yourself each morning, focusing on centering and setting intentions for the day. This could be in the form of journaling, meditating, or mindful movement. However it manifests, you’ve zeroed in on how to find your zen—and you’re feelin’ good.

Congratulations, you’ve achieved self-actualization—now’s the time to aim for self-transcendence, says Dokun. “Make sure that part of your morning routine involves moving beyond yourself—that it’s not just a navel-gazing time,” she says. “The intention is to look at yourself so that you can be better in the world out there.”

For Nazanin, that’s meant advocating for human rights in Iran and working as an Amnesty International U.K. Ambassador. For you, that might mean spending one morning a week serving breakfast at a local women’s shelter or mentoring an up-and-coming professional in your field. Channel your energy stores into something that’s important to you—and the universe. What a jump start!

The best way to describe your morning routine would be, well, rote. Wash, rinse, and repeat, literally. You do the same 45 minutes every day, but nothing about these habits brings you real fulfillment or joy—they’re all just a means to an end, to get you to the office on time or perched on the couch with your laptop.

The good news is, you don’t need to completely rethink everything—you are successfully, if snoozily, getting yourself together, after all. For you, it will be about finding little moments in your morning where you can inject delight and break up the monotony. “That’s where I sprinkle in some luxe parts,” says Dokun. “I have a beautiful leather journal I use. I have my favorite pen. I have a hand lotion that has a great scent. Those kinds of small things can make it special.”

Consider queuing up an inspiring podcast to listen to while you’re fixing the kids’ breakfast (WH loves Glennon Doyle’s We Can Do Hard Things and Laurie Santos’s The Happiness Lab) or drink your coffee in the garden while admiring your blooms rather than sitting and slurping while staring at your phone. By developing a morning that’s truly yours (dare we say, bespoke?!), the rest of the day will likely feel a little brighter and lighter. Go on, make it something special.

This article originally appeared in the September 2022 issue of Women’s Health. Sign up for our WH+ memberships program to subscribe, score unlimited site access, and unlock our exclusive guides and fitness challenges.

Amy Wilkinson is an entertainment editor who also specializes in health and wellness. When not editing or writing, she can be found teaching Pilates as a comprehensively certified instructor.

TikTok to teach influencers about US mid-term election rules

Why an Acupuncture Mat Is a Game-Changer for Mental Health

This TikTok Trend Is Claiming To Cure Hangovers