By Phillip Anjorin and Silas Jonathan

Anyone with an iota of compassion will feel pity for Alexandra. On several social media platforms, Alexandra, a 9-year-old girl, is portrayed as a desolate cancer patient who has already suffered severe hair loss and is struggling for her life.

The emotional video depicted Alexandra in tears as she reaches out for financial assistance for treatment. “I don’t want to die,” she says, as tears drizzle down her cheeks.

The video was also shared as a  sponsored post on Facebook, YouTube and as Google Ads. It has so far generated lots of reactions amongst social media users. Yet DUBAWA’s findings revealed the organisation soliciting the funds, “Netiv Halev,” is fraudulent.

Cancer is one medical condition that experts are yet to overcome despite technological advancement. A study in 2012 revealed that cancer claims as many as 21,000 lives every day globally.

According to the World Cancer Research Funds, more than 18 million cases were diagnosed in 2020, with varying impacts on gender, among other factors. Further findings also revealed that cancer is the second largest cause of death in children from age 1 to 14, with accidents claiming the highest.

Alexandra, supposedly one of the few that the world would know of her medical state, was in tears as she shared her wishes to stay alive. The alleged 9-year-old girl pleaded with viewers to come to her aid as her parents are too poor to handle her medical expenses.

The plea has generated more than 14,000 reactions, 6500 comments and 1900 shares on Facebook as of July this year.  It has also generated more than 2.9 million views and 2,200 likes on this YouTube channel since it was posted on July 2. Also, there are more than 3,410 subscribers on the channel.

Lanre Olagunju, an editor for a popular news medium in Nigeria, said he had donated $10 and his wife was planning to give out even more money for the cause.

“I gave $10, I paid using my card. My wife is planning to give more,” he said while expressing surprise that the whole thing is a scam.

Unlike Lanre, Esther Danladi, a civil servant in Abuja, was not so fortunate. After donating $5 for the cause, she said that her dollar domiciliary account was wiped out.

“The video touched my heart. I cried because this little girl seemed helpless. But minutes after I donated, my account was wiped out,” Esther claimed.

Apparently, the whole thing is more premeditated than it appears on the surface. Ads and promotions are even, currently, being run on Google AdSense to give the post a wider audience reach. 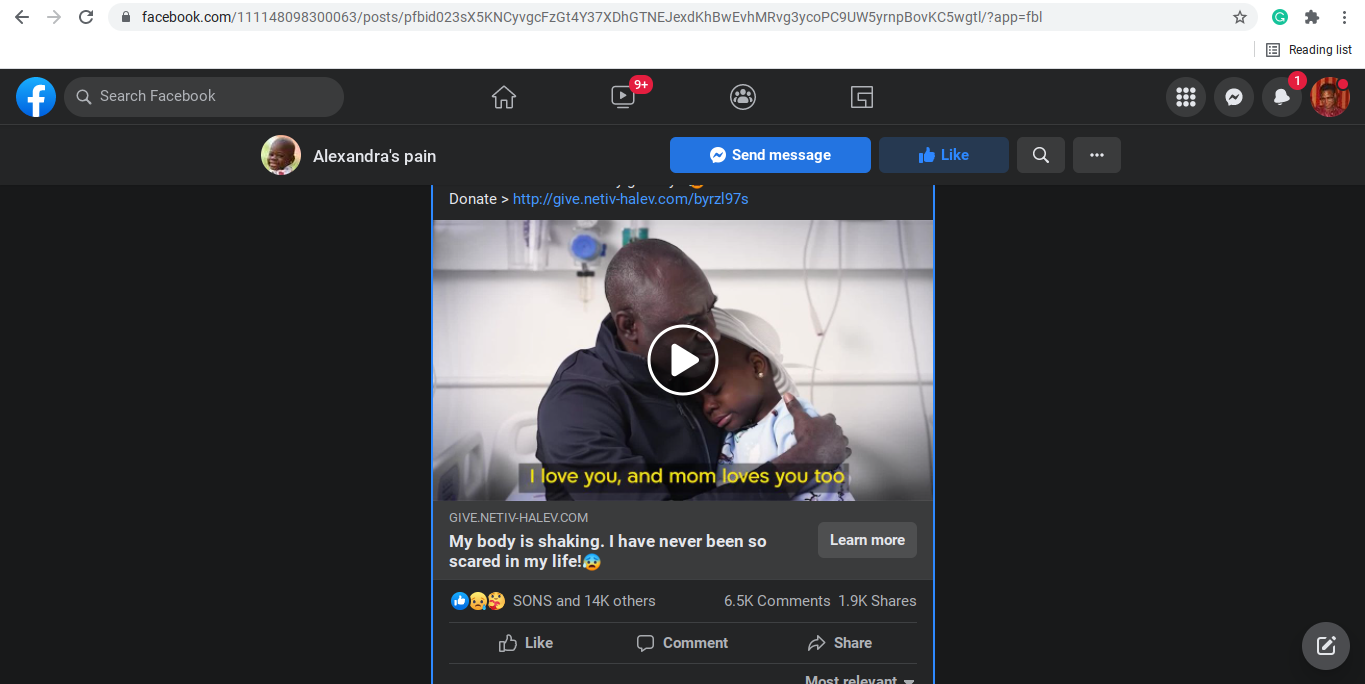 On their website dedicated to collecting donations, unsuspecting members of the public have already donated more than $536,000 out of the $727,881 target by June 2022. 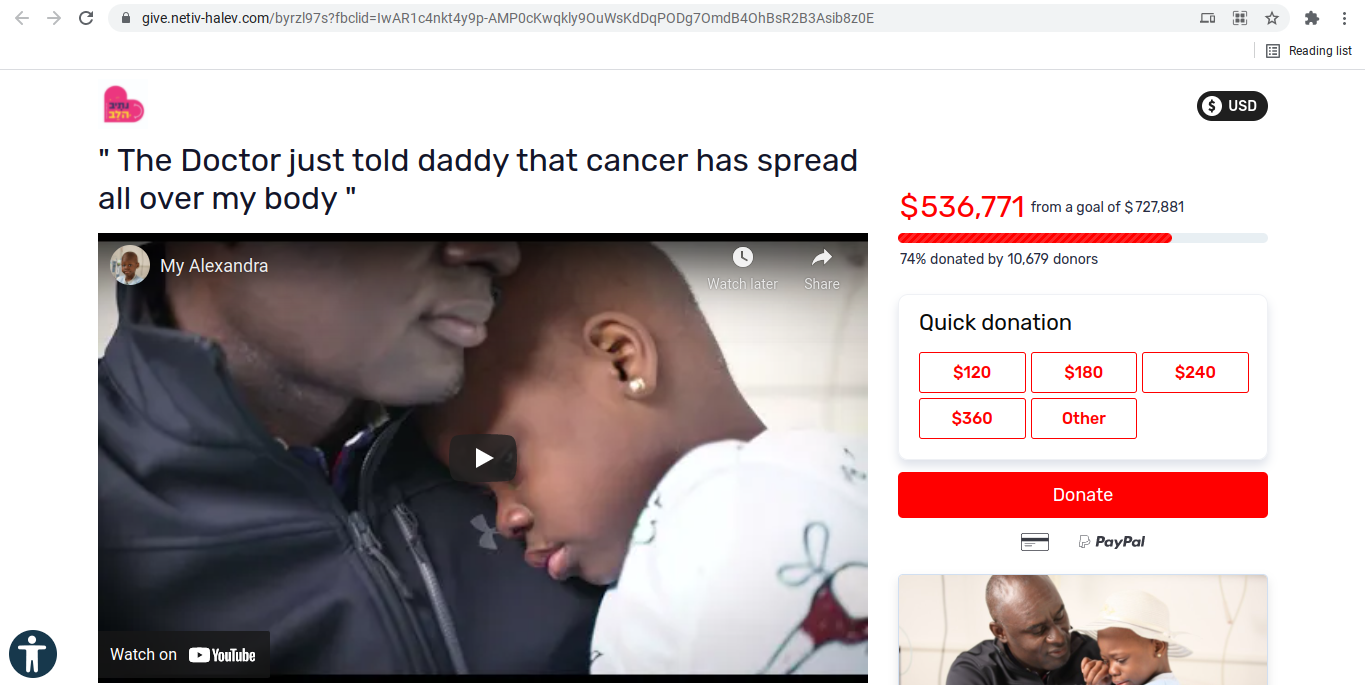 But a month later in July, the benchmark increased to $1.15 million after the contribution nearly hit the previous limit. It seems the perpetrators are on an unending mission to keep siphoning funds from unsuspecting victims. 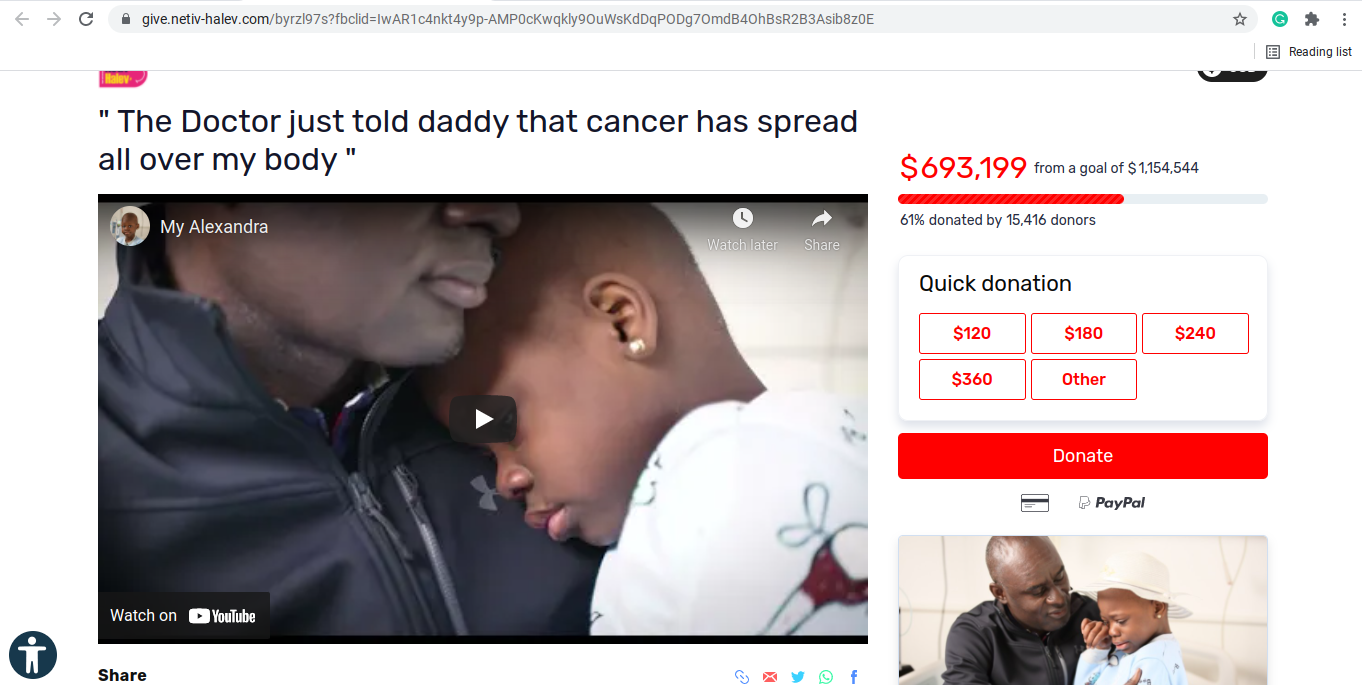 There is a sophisticated process

To donate to the cause, the user is required to provide a mail address, name and phone number, and subsequently, make a payment using credit or debit card details. 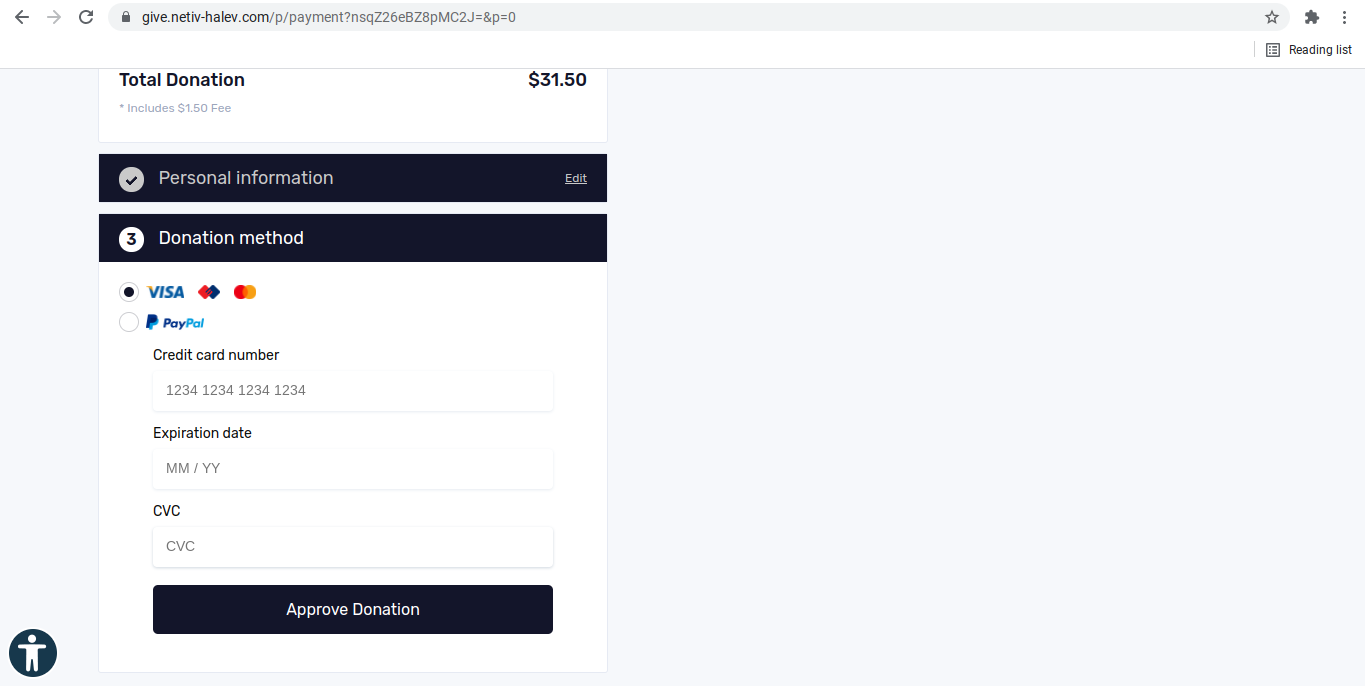 A screenshot from the website seeking user card details for payment

In cases where the request ends unsuccessfully, an automated follow-up mail is sent to the donor to try it again. The user has to then start from the beginning, and any attempt to check the website for previous activity is rendered futile.

Finding the loops; verifying the scheme

The homepage that is receiving the donations is presented in Hebrew, but after it was translated to English; there was no information “about” its previous activities; contact details, or even details about the organisation’s structure.

Craig Silverman, the media editor of BuzzFeed News, explained that websites with credibility would provide a bit of detail about what they do on a dedicated segment as they have nothing to hide. “Most websites tell you at least a bit about what they are. Whether on a dedicated About page, a description in the footer or somewhere else; this is a good place to check for a website’s credibility.”

“A lack of clear information could be a hint the site was created in haste or is trying to conceal details about its ownership and purpose,” as is the case with this website. 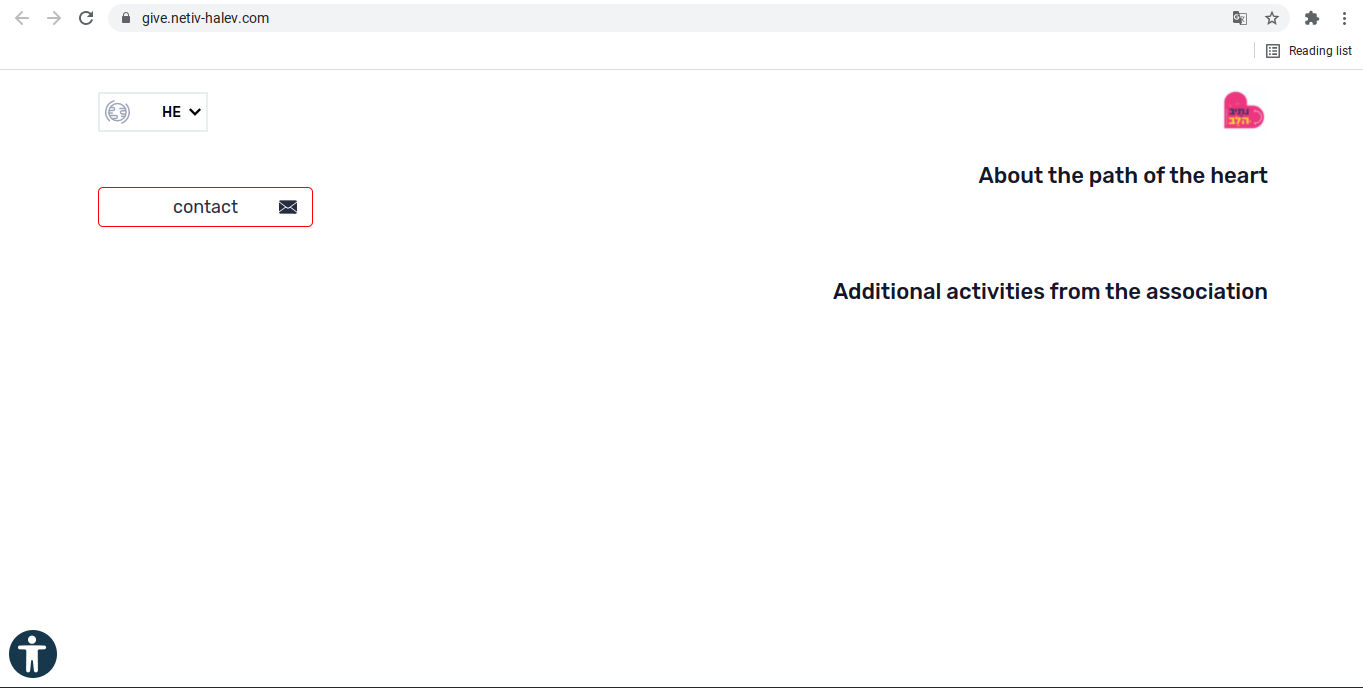 A check on the authenticity of the website on Trend Micro Check (a website that checks for scams and misinformation) reveals that the website is a scam and is designed to host hoaxes. 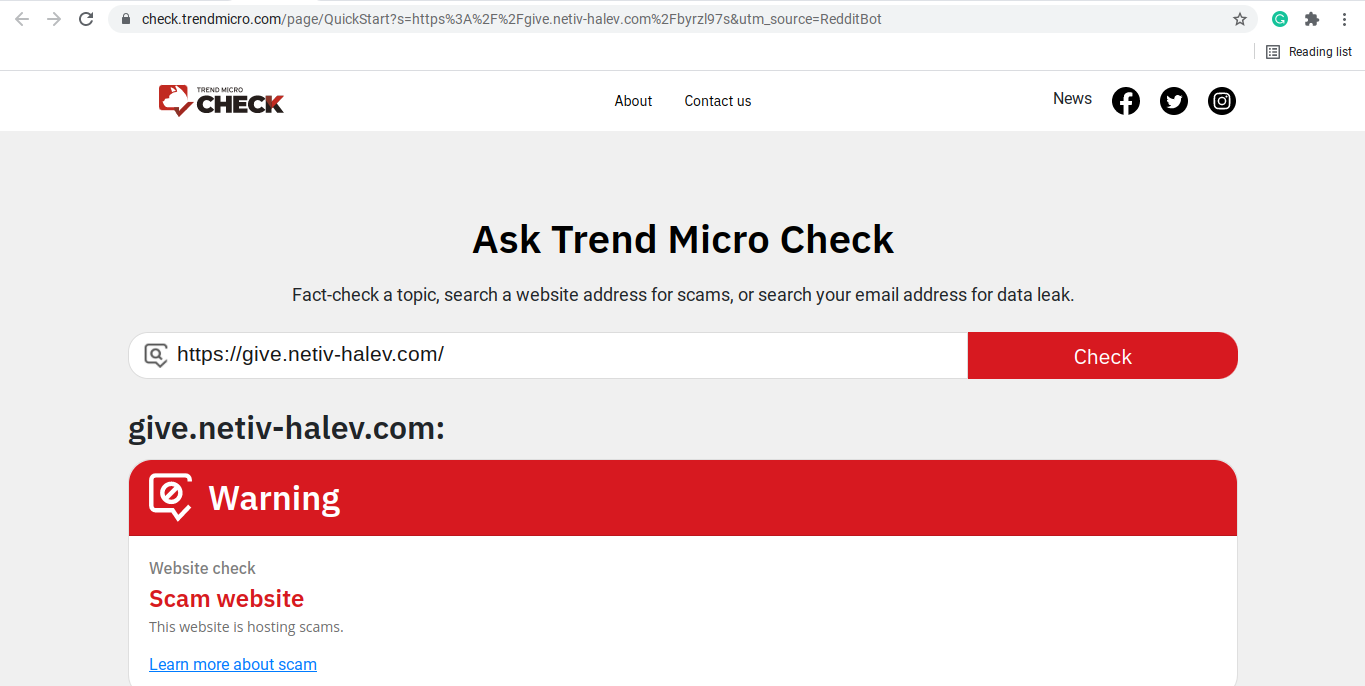 Additionally, DUBAWA’s analysis of the website’s URL revealed the existence of more than 3 domains hosted on the same IP address (62.219.78.222).  Some of the foremost DUBAWA traced were: 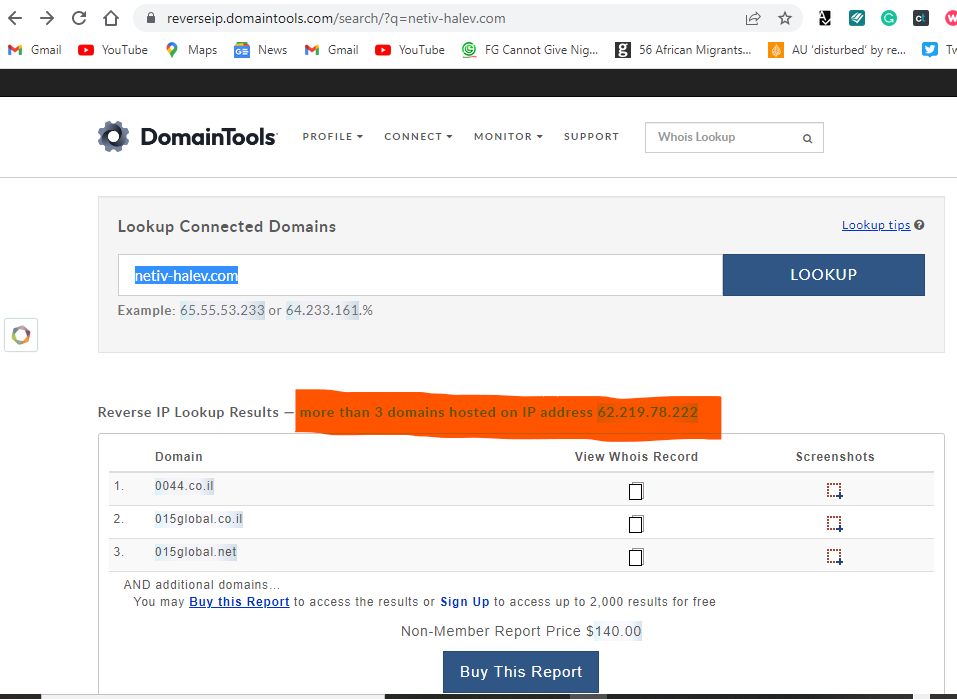 An analysis of the website on Whois reveals that more than 3 domains are hosted on the same IP address. This implies that there are more websites owned by this same person

An intentional effort was also made to redact important traceable details for privacy’s sake. This simply implies that the information is hidden away because whoever owns the domain didn’t want people to have access to it. This is not the case with legit, transparent websites. 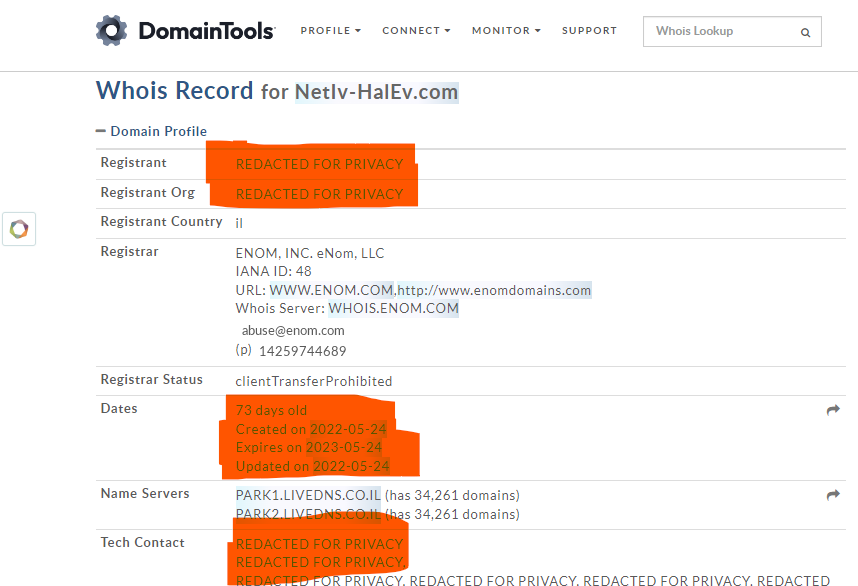 These aforementioned findings also corroborate the results of the analysis carried out on “ScamAdviser”, a reliable online tool that dictates scams and rates the trustworthiness of websites.  In the case of the “Netiv-halev” website, the tool details that:

“donate.n-halev.org might be a scam. We found several indicators for this.

donate.n-halev.org review is somewhat low according to our “Scamadviser” algorithm.”

A screenshot of the results from Scamadviser

The company, “Netiv-Halev” gave No. 21 Hoshe’a Street, Jerusalem, Israel, as its address. However, DUBAWA’s findings on Google Maps indicated no registered presence of the company in that location. In fact, other details found about the location reveal the area is entirely for residential houses. 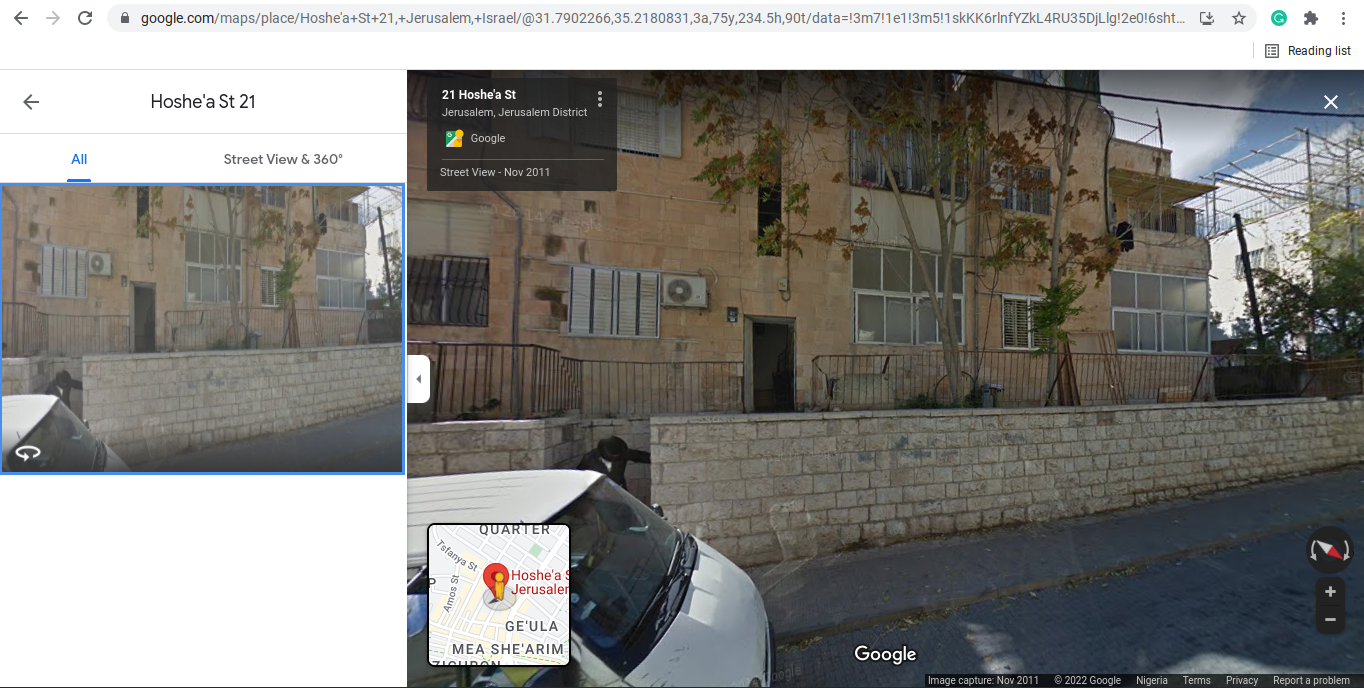 Google search of the provided address.

Netiv Halev looks like a recently created charity running a Non-governmental organisation that provides assistance for medical patients and families.

There is no third-party verification apart from the claim that “the organisation has a proper management certificate and a nonprofit registration number: 580566784, which DUBAWA found to be non-existent.

The website has multiple alternatives, with the European version having the highest recognition until Alexandra started trending on African social media spaces.

This time the email is: [email protected], even though the IP address of the website is discovered by DUBAWA to be the same as that of “Netiv-halev.” 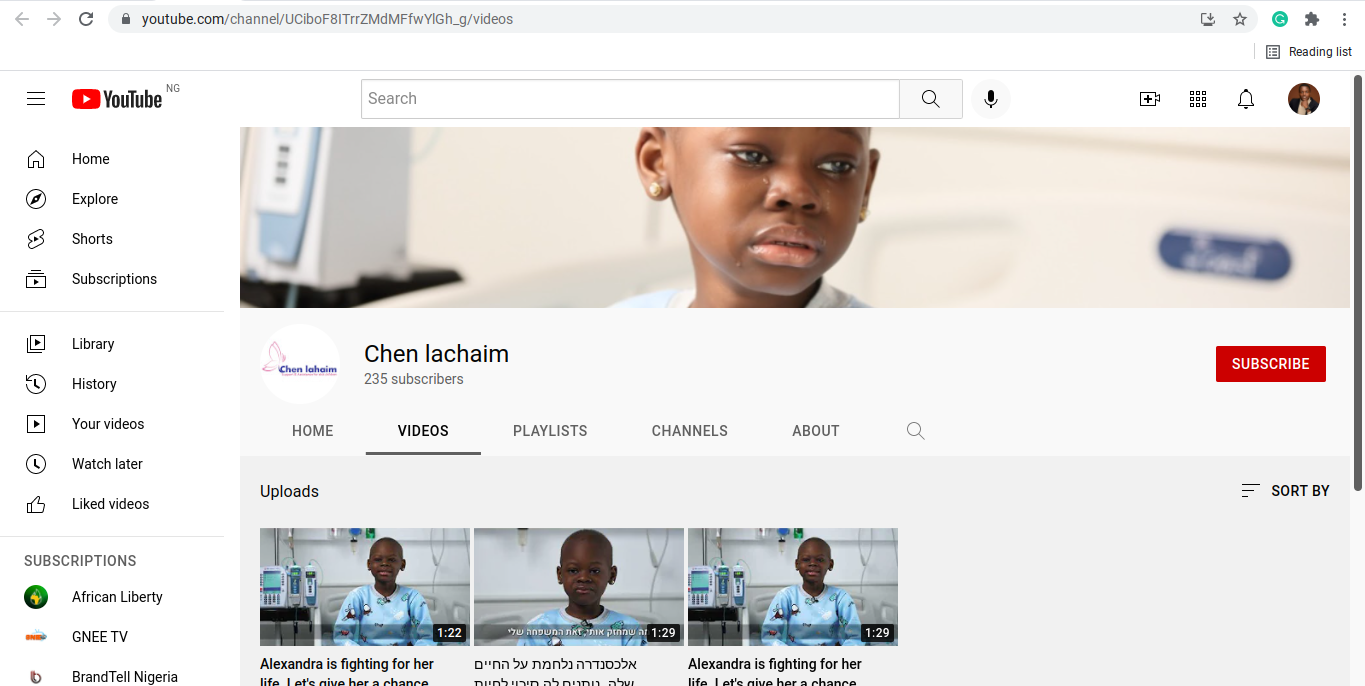 Further findings also revealed that the scheme has been in existence for two years, although with different identities. A collection of these links can be seen here, all having the same message template.

Another ominous suspicion is that no further detail was given about any of these children, their medical conditions, families, country of origin, or even their current location, thus casting a wall of doubt on the authenticity of the stories.

To protect the dubious activities over the years, DUBAWA finds that opposing comments made on the posts are deleted. If users attempt to report them on any of the social media platforms, their accounts are hacked and access denied.

The video showing Alexandra appealing for financial support (and other such videos existing over the years) are sponsored to defraud unsuspecting citizens. They are carefully-planned schemas by Israeli-based illegal organisations to guilt-trip users into donating their hard-earned money.

Wike Reveals His Only Regret

INVESTIGATION: How Oyo State, contractors spent N1.1bn on water projects, but communities don’t have a drop

See 7 foods you need to eat for increased sexual stamina

Ladies’ special: 5 best ways to stay happy during your period

Here’s how to make Apple cake

Wike Reveals His Only Regret