How a $260M bridge negotiated Africa’s most unusual border

Today, the pontoons sit ashore, mercifully redundant. You might spot them while crossing the 923-meter (3,028-foot) long Kazungula Bridge, a $260 million project co-financed and co-operated by Botswana and Zambia, that a year into service has already transformed this southern African trade artery.
The bridge was conceived to speed up travel along the Southern Africa Development Community (SADC) North-South Corridor, a route historically beset with costly border delays.

Copper from DRC, Zambia and Tanzania traveling south before being shipped to China. Food from South Africa traveling north. Mining equipment from Tanzania heading to the DRC and Zambia. All pass across Kazungula, says Kaiko Salim Wamunyima, secretary general of the SADC Truck Drivers Association of Zambia.

The bridge opened in May 2021 but was over a decade in the making, explains Kazungula project engineering manager Isaac Chifunda.

Geopolitics played a large part in the bridge’s design. Kazungula spans an area of Africa known as the “quadripoint,” says Chifunda. Sixty-five kilometers (40 miles) upstream from Victoria Falls, Botswana, Zambia, Namibia and Zimbabwe converge at the confluence of the Zambezi and Chobe rivers. The countries’ borders extend into the rivers, so Kazungula Bridge was shaped with a pronounced curve to weave through the landscape, avoiding Zimbabwean waters, says Chifunda.

“Africa was massively represented on this project,” says Chifunda. Although construction was overseen by South Korean company Daewoo E&C, the team was multinational, he says, and raw materials including cement, steel and aggregates came from across southern Africa.

As a significant investment for Zambia and Botswana, the bridge is packed with technology to ensure its long-term future.

Chifunda explains that a structural health monitoring system “gives signals to which part of the bridge needs maintenance. And we also have a weather station — we measure wind speed, rainfall, we even measure excitation, that is, the movement of the (suspension) cables.

“If there is danger, the station will send a signal through a message on the phone, through email as well, so that the two member states can attend to any maintenance needs.” 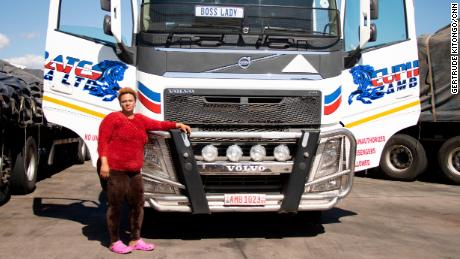 At either end of the bridge are one-stop customs offices, so freight crossing the border only needs processing by one country. Expediency is necessary now that there is a higher volume of daily traffic. 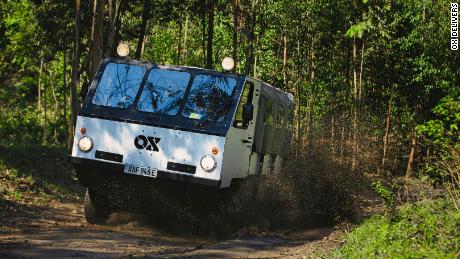 Chikumbi Chama, assistant commissioner at the Zambia Revenue Authority, says the bridge has allowed longer operating hours, with the border open between 6 a.m. and 10 p.m. The old border facility received up to 80 trucks a day, now customs is receiving over 280, she adds, and “the numbers are rising every day.” But despite the higher volume of traffic, “(the) transit period has been reduced to half a day.”

Truck driver Memory Lambie criss-crosses the region with a sign reading “BOSS LADY” in her windscreen. Nevertheless, she remembers the “big challenge” crossing the Zambezi before the bridge; 10-kilometer queues at the border and up to two weeks waiting to get into Zambia. “Now it’s easy,” Lambie says, adding with the faster journeys, she’s able to spend more time with her children.

Keeping the wheels in motion

A year after opening, the bridge is yet to realize its full potential, because the train line that runs through its center is not yet operational.

The rail link is intended for both passengers and freight, says Chifunda, the project engineer, but crossings won’t run simultaneously with cars and trucks. “The bridge has been designed in such a way that the train and the vehicles cannot use the bridge at the same time,” he explains. Vehicle traffic is cleared, then a train crosses, then vehicle traffic can resume. 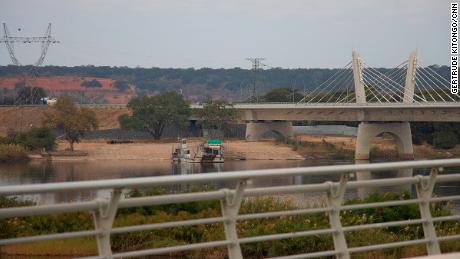 Once connected to existing rail infrastructure in Botswana and Zambia, an even higher volume of cargo will be able to travel across the bridge and around southern Africa, says Chama. 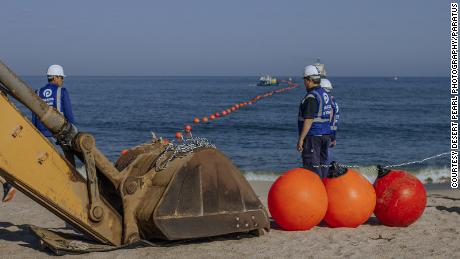 This will likely bring down cargo transport costs. A 2015 African Development Bank report identified poor rail links in landlocked countries (like Botswana and Zambia) as limiting their economic potential. Diesel-powered rail freight can be up to 75% cheaper than road freight, yet roads still handle the overwhelming majority of cargo in the SADC.

“In the future landscape, I see rail cargo becoming a prominent feature,” Chama adds. But a timeline for when the bridge will be fully connected is unclear, with talks between Botswana and Zambia ongoing, says Chifunda.

In the meantime, trucks continue to pass back and forth across the Zambezi River, with greater haste and ease than ever before. For drivers like Lambie, it has already proved a revelation. “The bridge is 100% perfect to us,” she says.

Elina Svitolina is on a ‘mission’ to help war-torn Ukraine

Elina Svitolina is on a 'mission' to help war-torn Ukraine

19 Causes Of Skin Redness and How to Treat It, According To Derms