Vivian Udenze, 21, a Nigerian medical student at Sumy State University told CNN: “This is the 8th day since the crisis began. A lot of places have been evacuated. There are more than 600 of us who are foreigners and students.”

She said most of the group are medical students, and they are from Nigeria, Morocco, Tanzania, Congo and India, among other countries.

Sumy lies in the northeast of Ukraine, only around 30 miles from the border with Russia.

As fierce battles between Russian and Ukrainian forces rage across the country, Udenze told CNN via phone that she woke up to two loud explosions around 8 a.m. on Wednesday, and heard gunshots on Thursday. “I am so scared and time is running out. “We don’t want the Russians to enter the city and meet us here. We need a humanitarian corridor so we can get out,” she said. 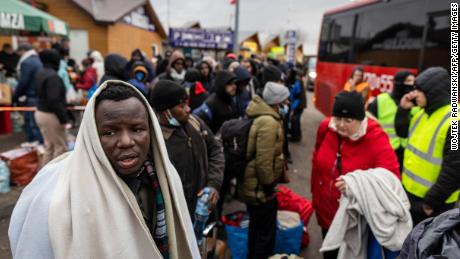 As the second round of talks between a delegation from Russia and Ukraine in Belarus ended Thursday, the head of Russian delegation Vladimir Medinsky told Russian media the two sides have agreed on humanitarian corridors for civilians.
Udenze later told CNN that more explosions were heard on Thursday evening at around 6 30 p.m local time. The students no longer have electricity or water following the blast, she said.

Complicating the students’ escape is the fact that there’s no public transportation available in Sumy, which has come over heavy fire in recent days, leaving roads and bridges destroyed.

‘No one is talking about Sumy’

Fifth-year medical student and Indian national, Shivangi Shibu shared a similar story Thursday. “We just heard some sirens. The situation is going to get worse very soon over here. We don’t have any other options so we just have to run to bunkers,” she told CNN over the phone.

“No one is talking about Sumy. I hope we will be evacuated soon because we don’t want to be a casualty of this war. We don’t deserve this,” Shibu added.

“This is our second home but we still need our family. We need to see them. We don’t want to be involved with this politics … The [only] solution is … to allow us to go via the Russian border because we cannot travel to any other destination.”

Later Thursday evening, Shibu shared video from her university hostel window of what she said was an air strike over Sumy. It shows a flash of stark light in the distance. “Electricity is gone,” she wrote in the video’s caption.

Excel Ugochukwu is a first-year Business Management student. The student, who is from Nigeria, told CNN: “There were planes flying overhead and a loud explosion. We just lost electricity.”

He said the university has “asked everyone to stay put and in the shelters for now,” but described a constant threat of danger that makes day-to-day life tense in the city.

“There is a curfew [from] 6 p.m. to 6 a.m. During curfew hours there are total blackouts. Street lights and lights inside the house are turned off,” he told CNN.

“There are air strike warnings periodically and everyone moves to the bomb shelter,” he added, before running to a nearby bomb shelter.
In a video sent to CNN, another Nigerian student at the university, Nnamdi Chukwuemeka pleaded: “We are trying to bring the attention of the world to the plight of students here in Sumy.

“Sumy is bordered by Russia, and as such, there is no way for us to escape. We want the international community to help provide a safe corridor for us to move out of Sumy. Things are getting serious,” Chukwuemeka said.

Udenze said she has not been able to reach any representatives of the Nigerian embassy.

She told CNN: “People have tried to contact them … I personally sent a message to someone there [but] I didn’t get a reply.”

When contacted by CNN, Nigeria’s foreign minister Geoffrey Onyeama said: “We are aware and are making arrangements.” 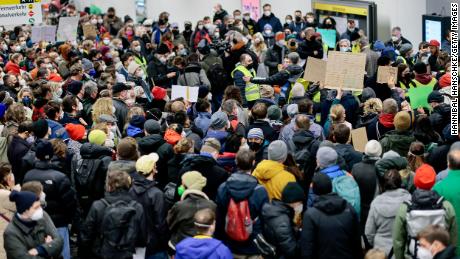 The Indian embassy in Moscow said in a statement to CNN that it is “extremely concerned about the safety and security of Indian citizens stuck in (the) Kharkiv and Sumy regions” during the ongoing conflict.

“We have requested both sides to ensure that the civilian areas where our students are located are kept safe,” it continued. The embassy added that it is working closely with Russian authorities to see if those citizens could be brought back to India via Russia, and had sent teams to the Russian side of the border to prepare for their possible evacuation.

Selena Gomez responds to comments about her shaky hands