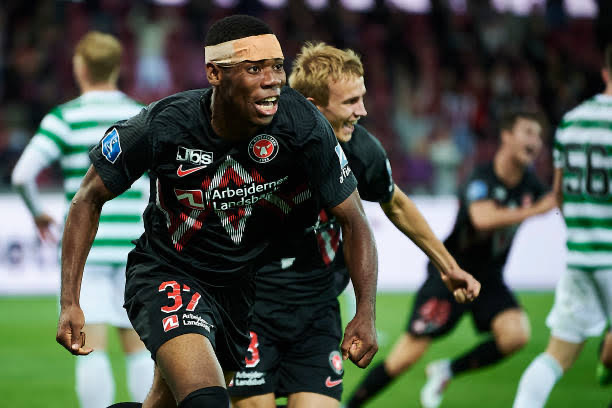 The chances of AC Milan signing Midtjylland Nigerian midfielder Raphael Onyedika has taken a big hit, with the Danish side openly warning the Serie A champions not to continue their pursuit of the player.

After rejecting a bid of around €4m from AC Milan, Midtjylland director Svend Graversen insists the Danish club want to keep Raphael Onyedika at the club for one more season.

“We want to keep Onyedika for one more season,” he said, as quoted by Calciomercato.com. Other reports however has it that the Danish side want whoever is appointed as new coach to have final say on the future of the player.

Led by club legend and ex captain Paolo Maldini, AC Milan sees Onyedika as the like for like replacement for Franck Kessie who joined Barcelona on a free transfer at the start of the summer transfer window.

Onyedika is valued at €10m and many believed if an offer of that value is lodged, it will force the Danish side to reconsider their stand on the 21 year old Nigerian.

How Afrobeats has become an unstoppable musical force

Why I admire Yekini, Okocha – Bob-Manuel

Why I admire Yekini, Okocha – Bob-Manuel