“Get out of my front, I didn’t come here to see you”


A video making the rounds online captures the moment the Grammy winner, Ayodeji Balogun Ibrahim, popularly known as Wizkid lashed out heavily at a yet-to-be-identified individual during a concert.

In the clip, Starboy could be seen telling a person to get out of his front while stating that he didn’t appear at the concert to see him or her. 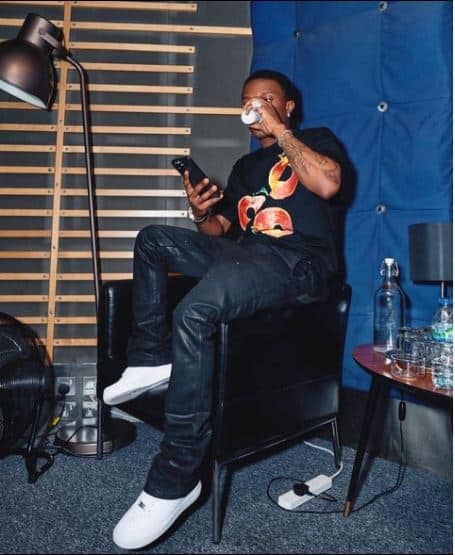 Lately, the Essence crooner has been on a world tour shutting down several arenas with unmatched performances.

While sharing the video, Naijaeverything page handler insinuated that Wizkid was referring to his fans while others claimed that it was either the media men or bouncers.

fire_css_ wrote:
“He is talking to media not fans maje Unna de calm down.”

An Easy Way To Sell Your Steam Gift Card To Naira

Alan Shearer column: Ex-Newcastle captain says his old side could be ‘best of rest’

“You no graduate with Merit or Distinction”

Beverly Osu stuns in new photos as she clocks 30

Cuppy jubilates as she graduates from Oxford University

“He takes care of my soul”

Alan Shearer column: Ex-Newcastle captain says his old side could be 'best of rest'