Our findings reveal that the HPV which causes cervical, vulva, penis and anus cancer is also responsible for throat cancer and this can be transmitted during oral sex.

Oral sex, an act of foreplay which involves the kissing or licking of the genital area to stimulate a partner is popular among sex partners.

A Facebook user, Dozie Egeonu, shared the screenshot of a report with the claim that “licking” a woman can cause throat cancer.  According to the headline of this report, this claim was made by a gynaecologist.

MORE FROM INSIDE REPORTS 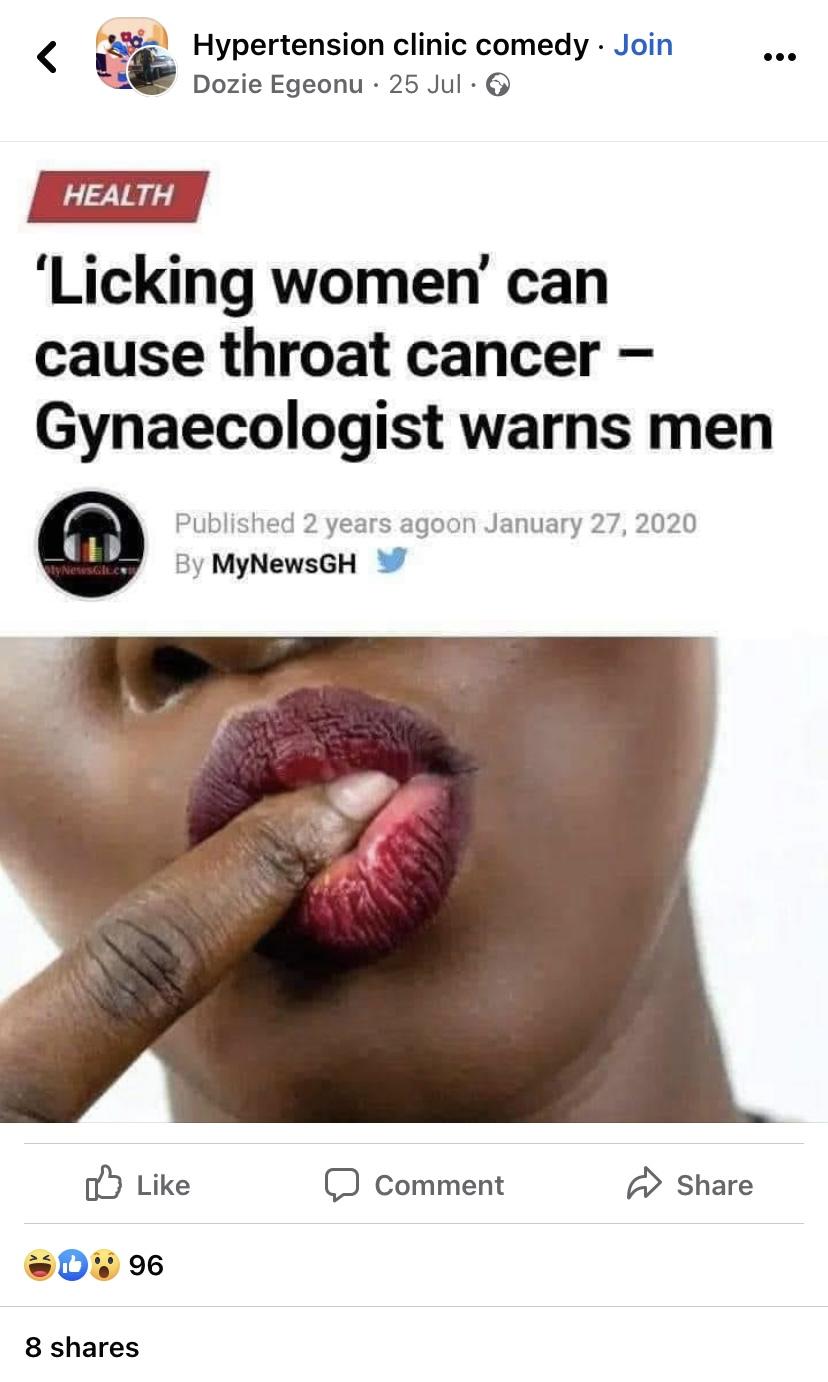 While some users agree with this claim, others disagree. Frankie Noel Franklin, who believes this is true, wrote, “It is true. Joke apart.”

He also narrated a personal experience that another Facebook user said was a result of HPV. 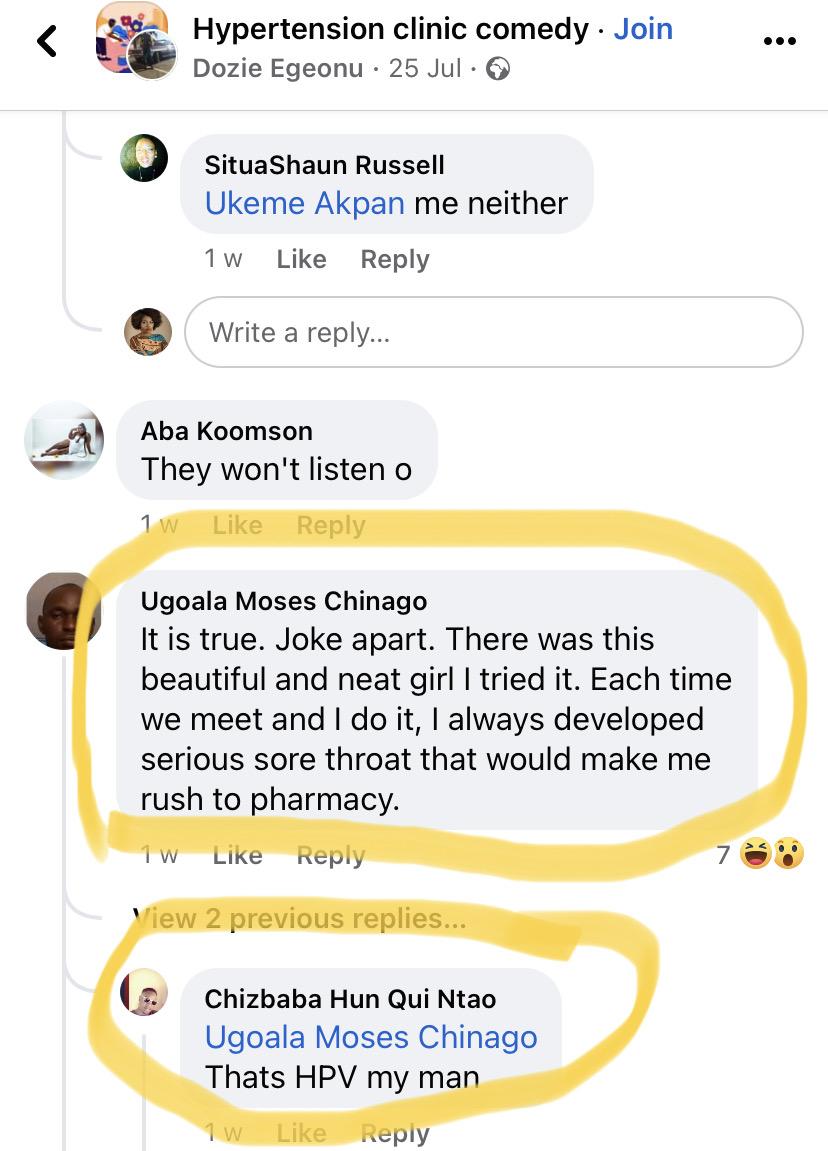 Another user, Lisa Marie Schmitt, however, refuted the claim, tagging it as “fake news.”

Seeing the controversy this stirred on Facebook and the need to educate the general public to take informed decisions about their sexuality, DUBAWA decided to verify this claim

We first tried to trace the alleged report since it was a screenshot that was shared. We found the original article on the website MyNewsGh.com. with the same claim.

The article quoted Dr Hawa Malechi, as saying the Human Papillomavirus (HPV) that causes cervical cancer, can also cause cancer of the penis as well as throat cancer.

What is Human Papillomavirus and how does it spread?

The Human Papillomavirus (HPV) is an infection that causes warts in various parts of the body, depending on the strain.

There are different types of HPV, and some can increase the risk of cancer. This article by Medical News Today notes HPV which can spread during oral sex, increasing the possibility of cancer.

HPV can cause cervical cancer, cancer of the vulva, vagina, penis, or anus. It can also cause cancer in the back of the throat (called oropharyngeal cancer).

However, getting HPV can be prevented through vaccination. The HPV vaccine is safe and effective and can protect against diseases (including cancers) caused by HPV when given in the recommended age groups.

A gynaecologist and senior registrar at the National Hospital, Abuja, Jeremiah Agim, confirmed this claim to be true saying the virus that causes cervical cancer also causes throat cancer.

He, however, clarified that this does not mean everyone who performs such sexual acts will end up with throat cancer. It’s only when the act is performed on an infected person.

Our findings reveal that the HPV which causes cervical, vulva, penis and anus cancer is also responsible for throat cancer and this can be transmitted during oral sex.

BBNaija: How Fans, Level 2 Housemates reacted To Eloswag Re-emergence As Head of House

How to protect kids from predators and kidnappers

Elon Musk and Twitter are now fighting about Signal messages

Elon Musk and Twitter are now fighting about Signal messages