Emirates announced in a statement Thursday that it has put a hold on flight operations in and out of Nigeria due to its inability to repatriate funds from the West African country.

The airline said there has been “no progress” in reaching Nigerian authorities for a solution.

“Emirates has tried every avenue to address our ongoing challenges in repatriating funds from Nigeria and have made considerable efforts to initiate dialogue with the relevant authorities for their urgent intervention to help find a viable solution. Regrettable there has been no progress,” Emirates said in a statement.

The decision comes after Emirates announced last month of flights it would reduce flights to Nigeria’s commercial capital Lagos, the carrier said it could not access its funds amounting to $85 million withheld in the country. The stuck funds had been rising by over $10 million every month, the airline said in a letter addressed to Nigeria’s Aviation Minister Hadi Sirika.

Sirika told CNN the trapped funds will be released as this was not the first time Nigeria was holding onto huge amounts of revenue belonging to foreign air carriers.

“In the past, Nigeria has demonstrated the capacity and the willingness and fairness to resolve this type of issue. It happened when we took over power in 2015: There were lots of blocked funds, about $600 million at that time. It was at a time when the country was in a recession and there were dwindling revenues coming to the country, yet we honored our obligation to pay out all those blocked funds,” Sirika told CNN Thursday.

“Unfortunately, due to many factors and reasons, the monies piled back up. Government is working hard to ensure that these monies are released, not only for Emirates but all airlines affected,” Sirika added.

Sirika added that “mechanisms will be put in place to ensure that this does not occur in the future.” 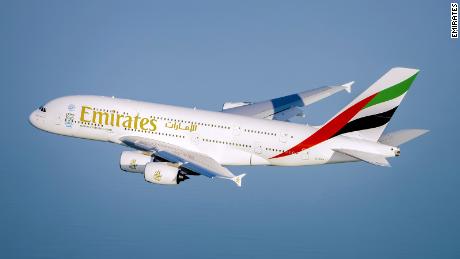 The minister did not elaborate on what the factors were although Nigeria is grappling with shortages in foreign exchange which has restricted access to foreign currency for imports.
Earlier in June, the International Air Transport Association said Nigeria was holding onto $450 million revenue belonging to foreign carriers operating in the country.
The local currency has been in freefall against the dollar with most of the country’s foreign exchange derived from crude oil sale, which has dwindled due to oil theft in producing communities. The government is also burdened with the high cost of subsidizing fuel for local consumption.

Nigeria is one of Africa’s biggest markets for international carriers.

Why Do My Nipples Hurt? 6 Causes Of Nipple Pain And Treatments

Woman spends 5 years in heaven after being declared dead