Davido agrees with many reasons Olamide deserves national honour; hints at what he expects from next president

The singer made his position known while quoting a post calling for national awards for him and Olamide. 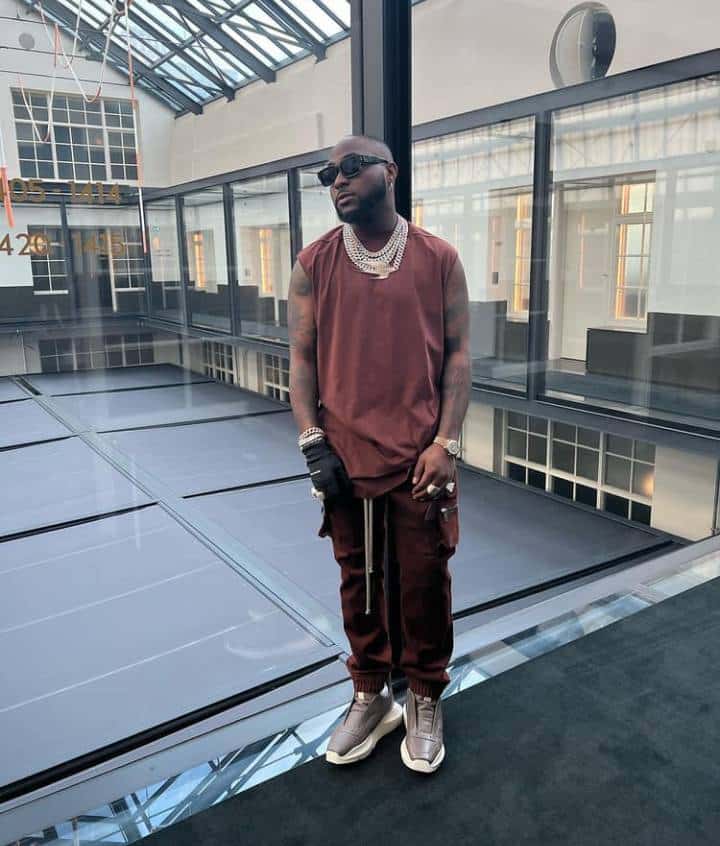 His quoted post read: “Davido and Olamide deserve national honours. Only the two of them have singlehandedly created ‘sustained stars’ without Godfather help and have made many millionaires.”

Not only did he agree with the post, Davido hinted that the next president in Nigeria ‘gotta fix up’ the YBNL boss. 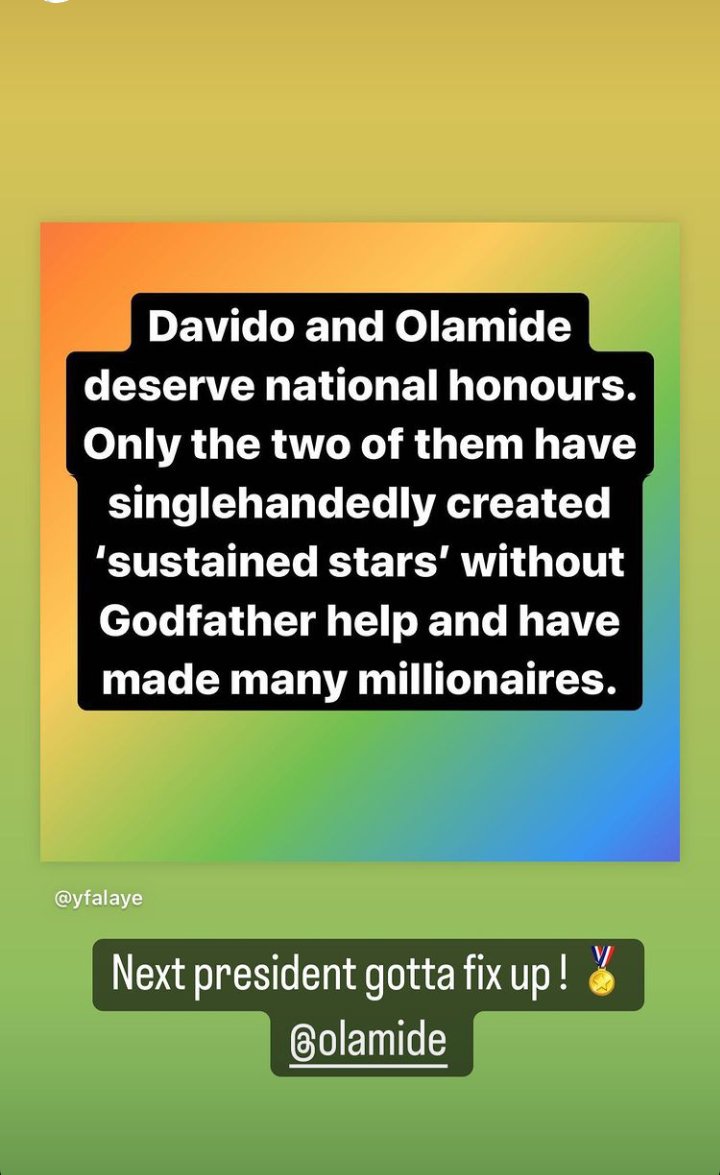 Olamide has been in the news for the past few days over the success and accomplishment of Fireboy DML and Asake, who are currently signed to his label.

Davido on the other hand has been receiving praises for his charitable donations across the country and his continuous resuscitation of failed careers.