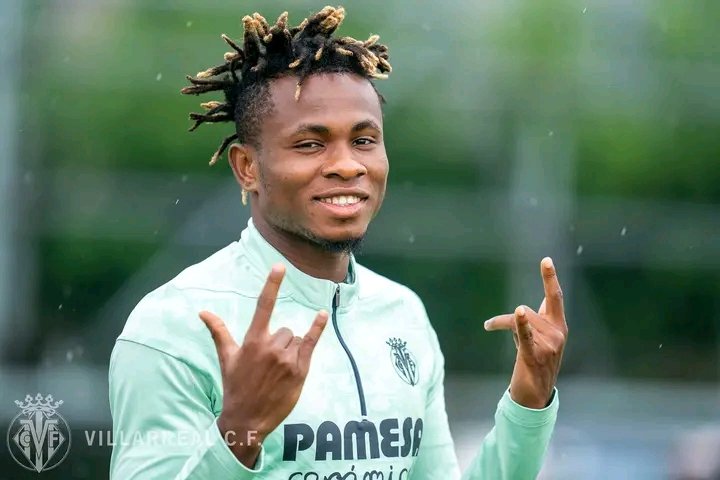 It was a night of constrat for two players of the senior national team of Nigeria when Villareal locked horns with Croatian side Hadjuk Split in the Europa Conference League qualifiers.

The Spanish side triumphed 4-2 in the first leg with their Nigerian winger Samuel Chukwueze getting a rare start, which he took with both hands by grabbing an assist aside his all round performance.

Same can’t be said about his international teammate Chidozie Awaziem who is on loan to the Croatian side from Portuguese side Boavista. He started for the second game running and still looks very uncomfortable.

Awaziem was all over the place yesterday, making several unforced errors while on the ball and his bad movement and positioning gifted Villarreal two goals. The performance wasn’t too different from what he put up over the weekend in the league against Dinamo Zagreb.

He comically handed the chance to Dinamo Zagreb to seal a 4-1 win when he inexplicably gave the ball to an opponent by attempting a back heel control inside his own box. It’s hasn’t been the best of start for the former FC Porto defender at the club.

I’m not depressed by loss at primary – Bakare

Aguero hits back at Ibrahimovic for mocking Argentina

I’m not depressed by loss at primary – Bakare

England v South Africa: Ben Stokes' side must stick with Bazball despite defeat